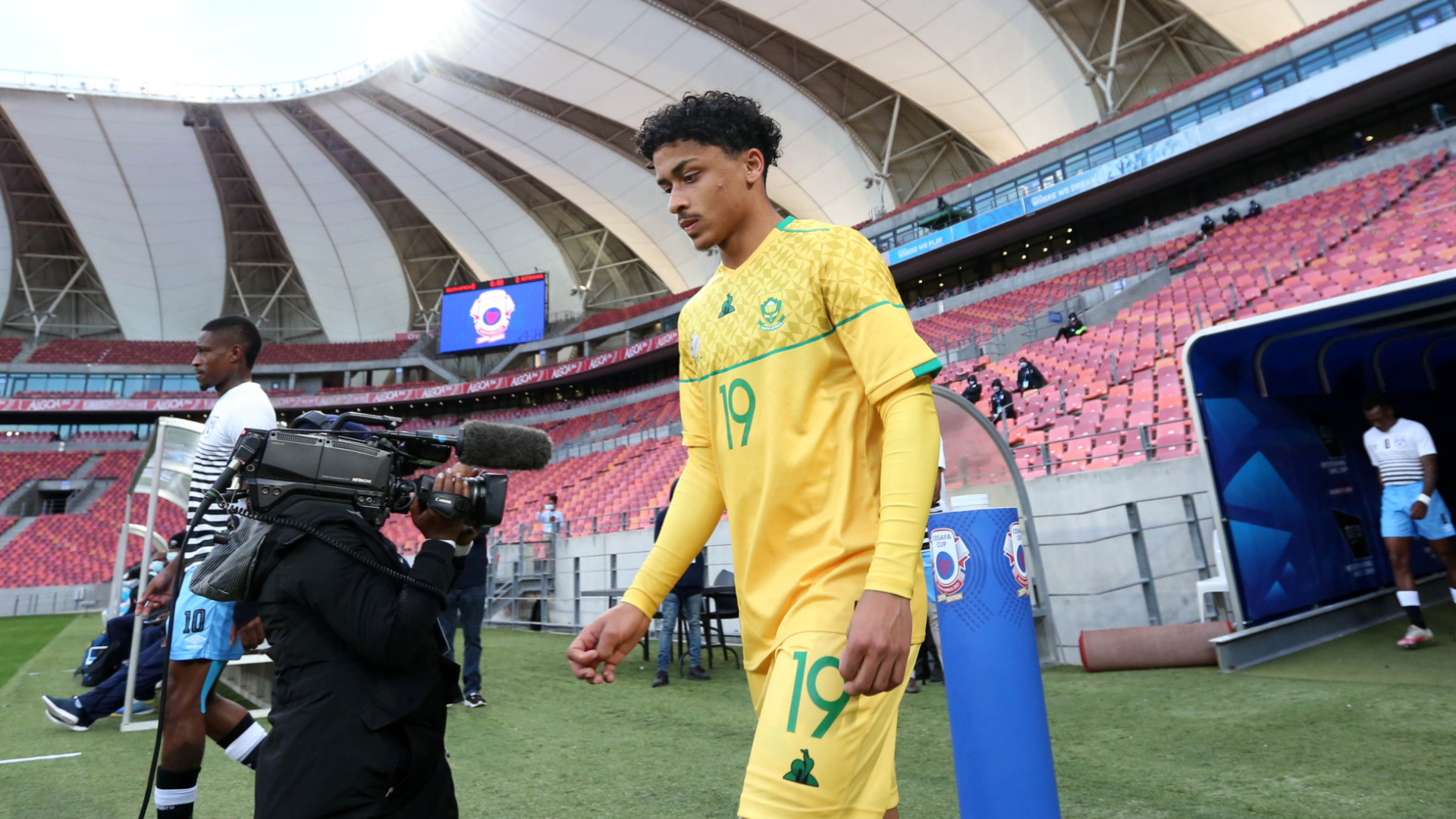 Bafana Bafana will lock horns against Ghana in a crucial FIFA World Cup qualifier tonight at 6pm at FNB Stadium.

TS Galaxy midfield maestro Ethan Brooks was on the bench in the previous match against Zimbabwe at National Stadium in Harare, Zimbabwe.

Mothobi Mvala and Teboho Mokoena started ahead of Brooks in the middle of the park for Bafana Bafana as they shared the spoils with Zim in a 0-0 stalemate.

It remains to be seen if the new Bafana Bafana mentor, Hugo Broos ,will ring in changes for tonight’s encounter.

If he does, we might as well witness Brooks doing his magic in the middle of the park.

Brooks was very instrumental when Bafana Bafana emerged as victors in the Cosafa Cup in Gqeberha.

He also impressed on his debut against Uganda at Orlando Stadium. Brooks is ready to grab his opportunities with both hands.

“My dad recently told me that pressure is a privilege. Pressure can also be good for me,” Brooks stated.

A victory might propel Bafana to the summit of the group tonight.

“I’m ready to fight for my place if it does come to that. Everyone is fighting hard to be in the starting line up and so I am,” Brooks elaborated.