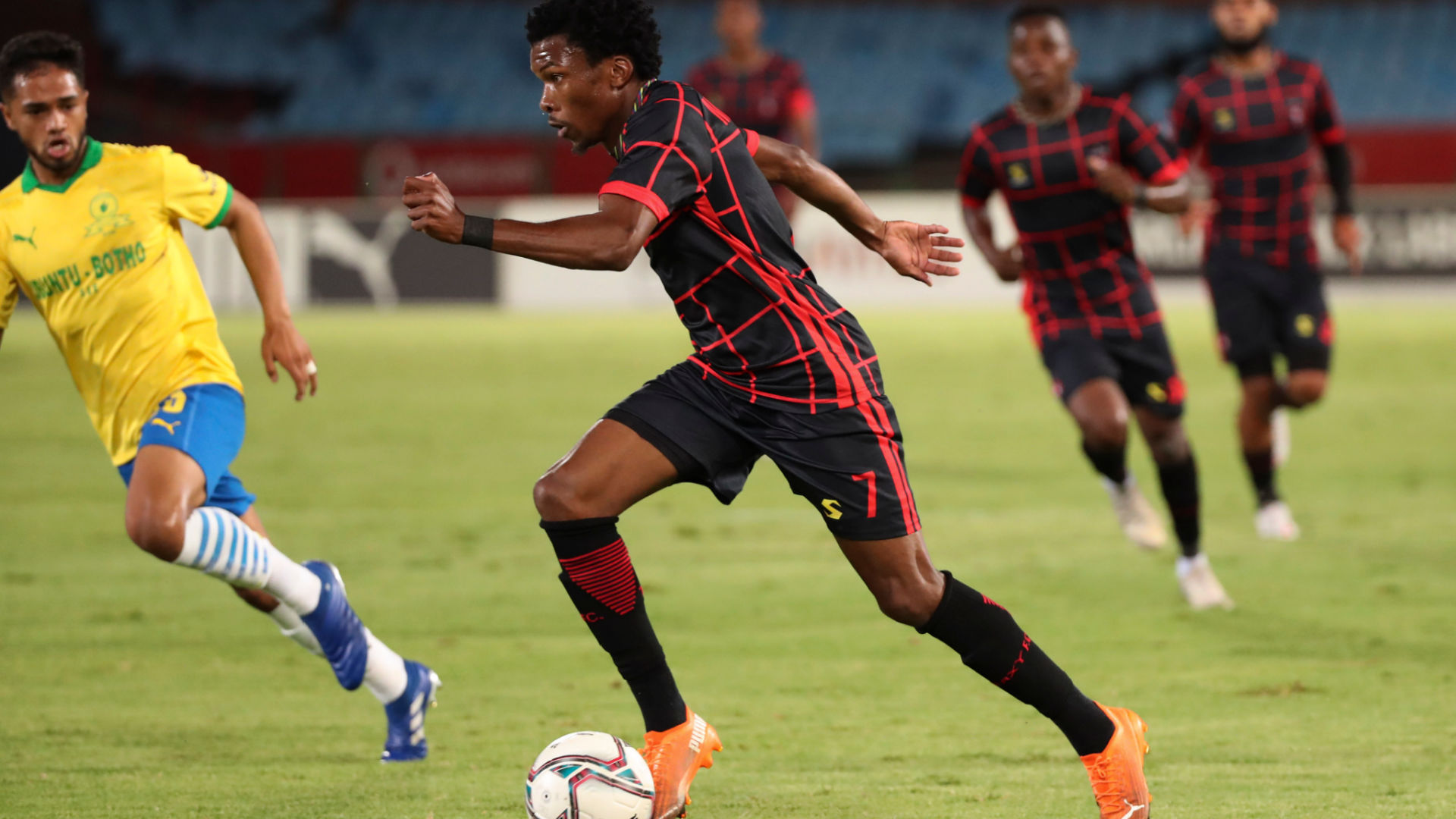 Shaune Mogaila has recovered from his long layoff.

He was ruled out for two months and as a result, Mogaila is yet to feature under the tutelage of Owen Da Gama.

The duo worked together at Highlands Park last season. Da Gama has provided an update on the status of Mogaila.

Before sustaining the injury Mogaila was on form. He notched up two strikes in 10 league appearances for the club.

“He is coming back strong and with no pain. He has fully recovered. That will be another starter or an impact player that will help us. When we arrived, he had been scoring the goals and also creating them. We are looking forward to having him back soon.” Da Gama concluded.