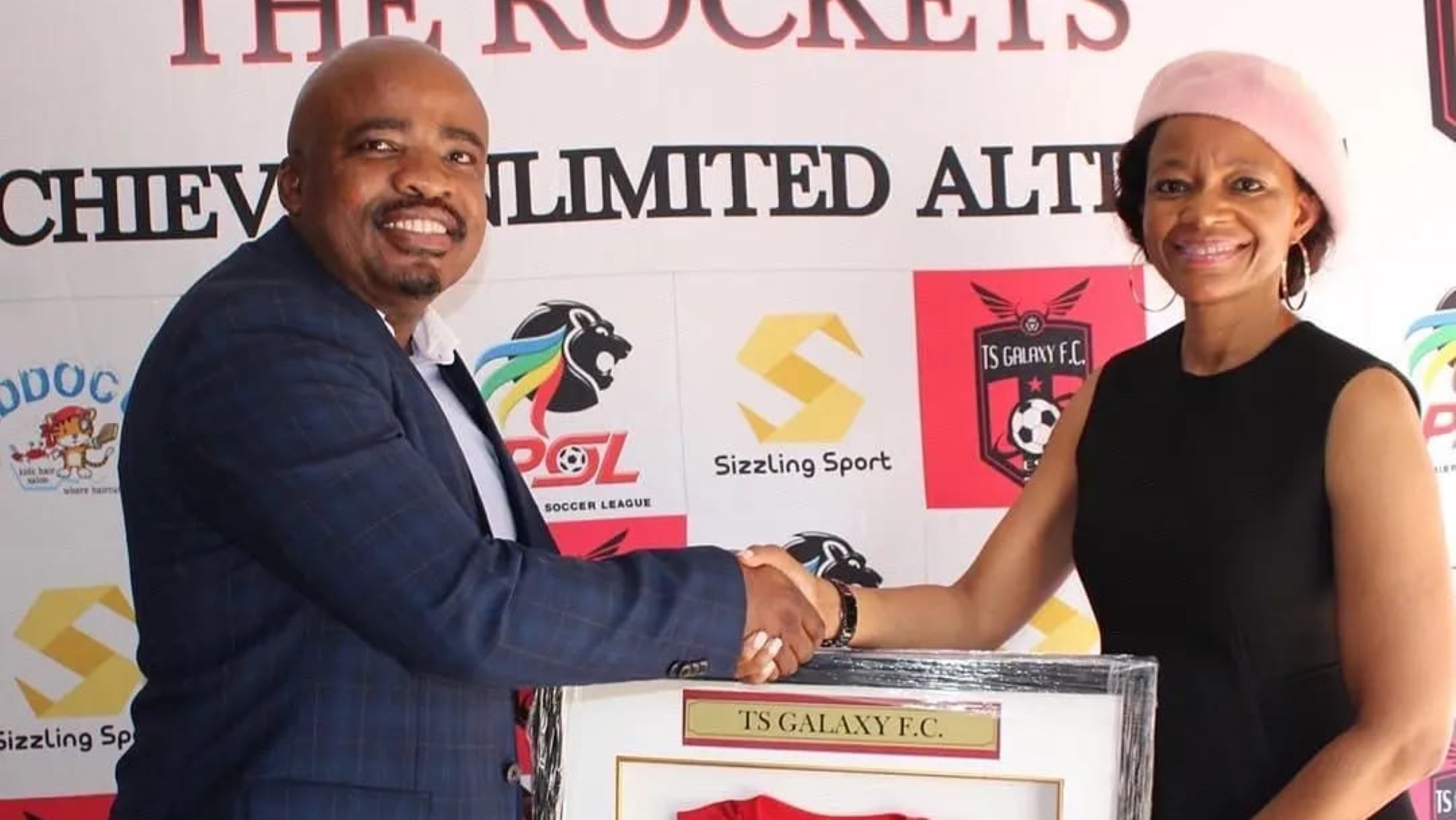 TS Galaxy FC received a prestigious gift from one of the most decorated coaches in the history of South African football.

Pitso Mosimane is currently defying the odds in his stint with Egyptian powerhouse, Al Ahly.

Through his representative: M-Sports Marketing and Management, the charismatic mentor presented the President of the Rockets, Tim Sukazi, with an Al Ahly jersey, as well as Mofaya, Drip sneakers and Black Rose Gin – which are all South African products.

The handover took place at the TS Galaxy FC offices on Monday morning. After receiving his gift, Sukazi was very colourful in his words.

“We are so grateful and appreciative of this gesture by coach Pitso Mosimane and M-Sports Marketing and Management. Entities like M-Sports Management are homegrown and self-made. They come from humble beginnings. This is indicative of the strides that they are making and the impact that they will have in the game of football,” he articulated.

Mosimane is holding his own in Egypt having captured two Caf Champions League triumphs in consecutive seasons.

“Me, having come a long way with you (Moira Mosimane who is an agent and the wife of Pitso) as a person and seeing your efforts in the game, it is not only about the business of M-Sports-Management but it is about the advancement, growth, and influence of women in the game of football,” Sukazi detailed.

Mosimane is the favourite to scoop another Caf African Coach of the Year title in 2021.

“This gift is something that TS Galaxy FC will forever cherish and coming from Pitso, one is lucky enough to have been around since the beginning of his coaching career. As a matter of fact, I was fortunate enough to see him in one or two games for Bafana Bafana. He started from humble beginnings at SuperSport United as an assistant to Bruce Grobbelaar. No one would have imagined that coach Pitso would have been here on this day,” Sukazi elaborated.

Moira is doing well with her management company which also manages Mosimane.

“It is huge for the development of the game. I can state it emphatically and say, the presence of women in the game of football in South Africa is the condition that we felt can’t sustain the game but it is massive that is truly happening. He is our flagship. When you land in Egypt today and say you are from South Africa, the only question you’ll get is do you know Pitso Mosimane?  Whether you know him or not, when you land today in Cairo, you are Pitso Mosimane,” he added.

Sukazi believes that Mosimane is destined for more greatness in his glittering coaching career.

“That speaks volumes and we are very proud for the country, for himself and his family. If you ask for my opinion, I think there’s a lot more to come from him. He is not done yet. I’m not afraid to say that. He will make us proud. We take a leaf from his book of life. He inspired hope. We look to him and say if coach Pitso can break all kinds of barriers and do what he is doing, nothing is impossible,” Sukazi stated.

Mosimane has proven his doubters wrong with his achievements at Al Ahly.

“I’m not coaching but coaching in Egypt is not a child’s play. Worse when you are a black African. It is one of those territories where he will be stretched to the limit and challenged to the fullest. He is still going strong. He has changed the narrative. Not only for us but for the African continent as a whole. Who would have thought that a black African can go and coach at Al Ahly? And better, outshine the likes of Zamalek like he has done. I wouldn’t have read that script in my life. So, he has done it,” Sukazi detailed.

Despite all his success on his journey as a coach, Mosimane has not forgotten where he comes from.

“He is doing it for us and he doesn’t forget that we exist. This humbles us. We are thankful. We support him and he will continue to conquer. I shall see him coaching in Europe in the immediate future because a coach like him should be able to carry one of the prominent clubs in Europe easily. But for now, let him continue doing what he is doing for us all and when he is challenged he must remember that there are people who love him back home and who care about him.” Sukazi concluded. 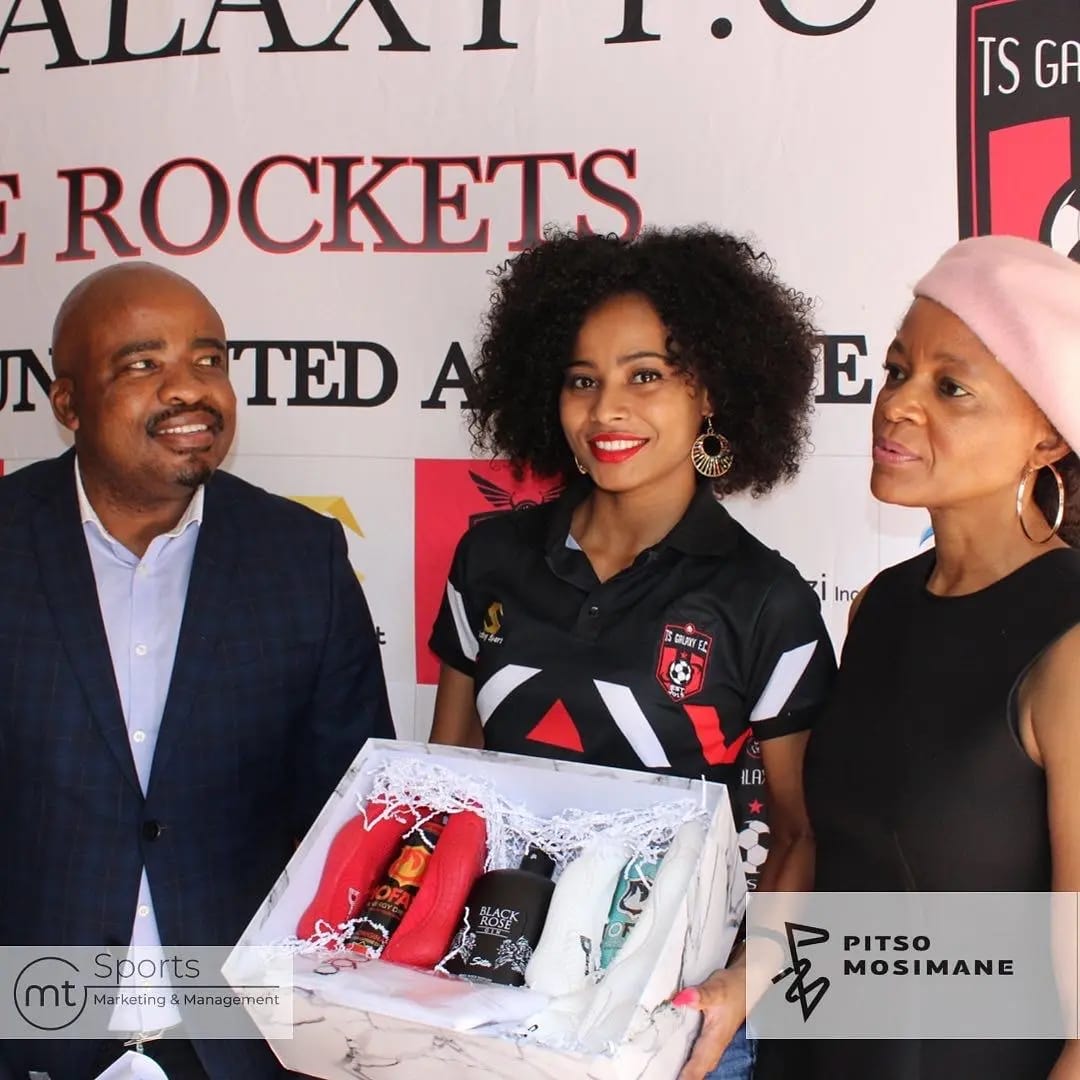 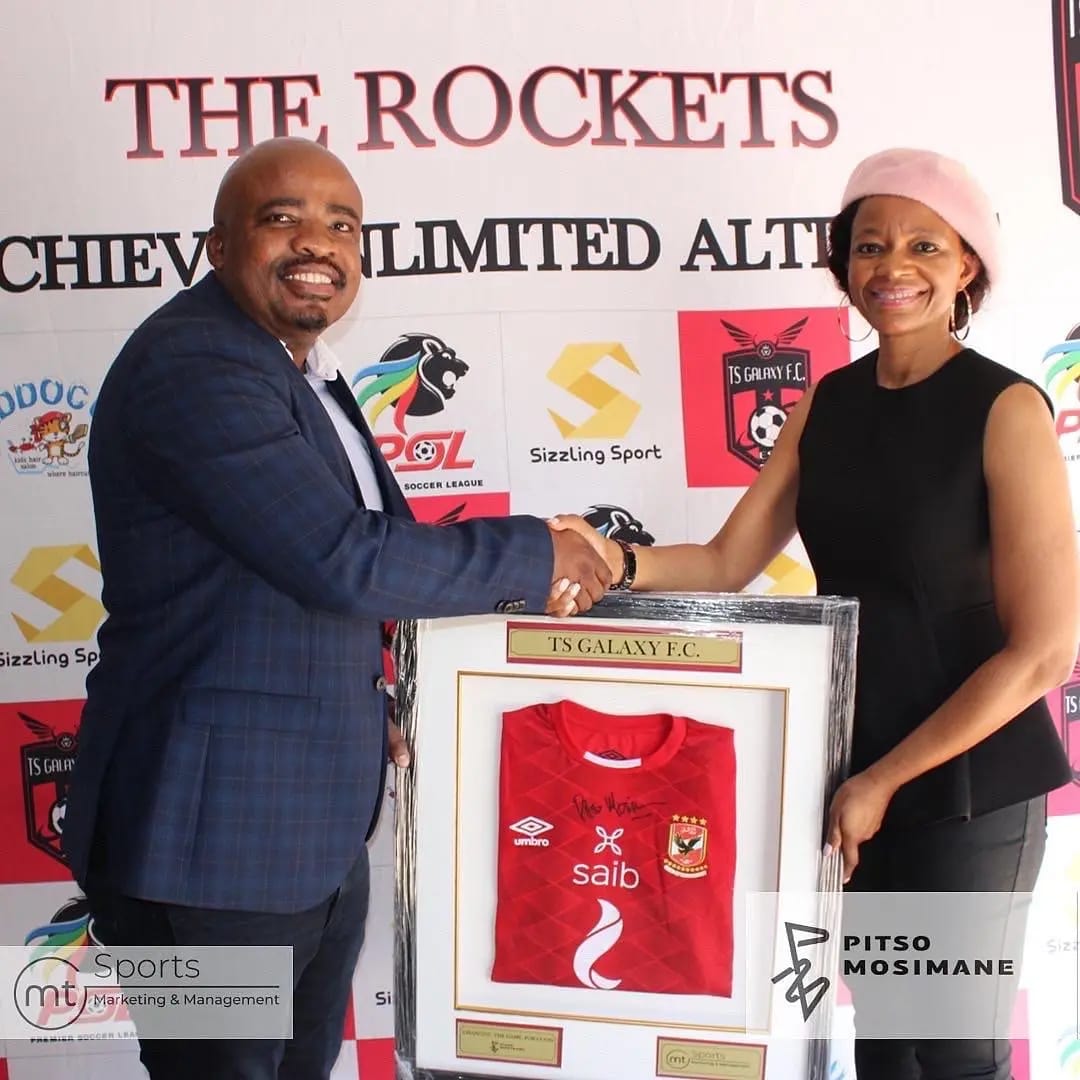 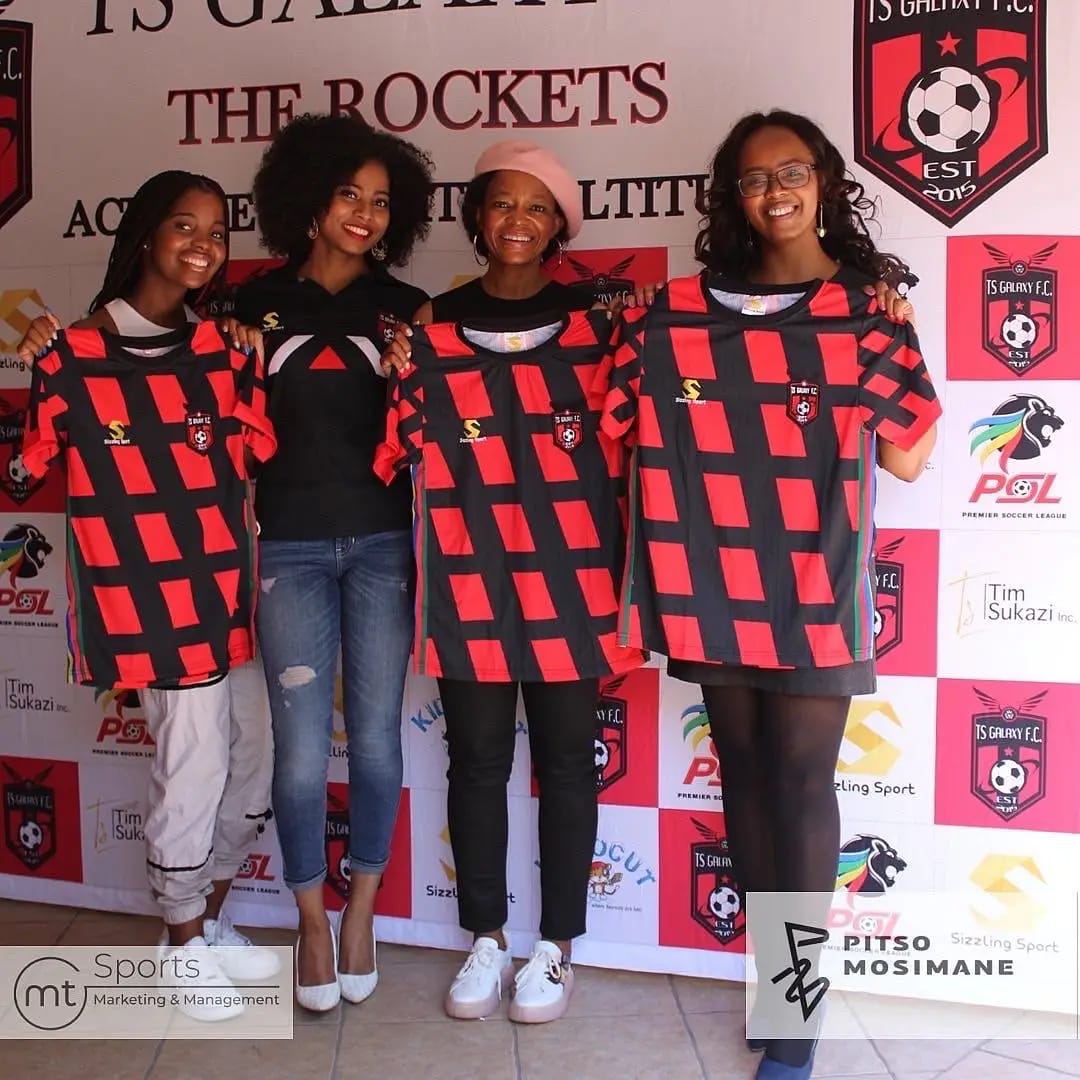