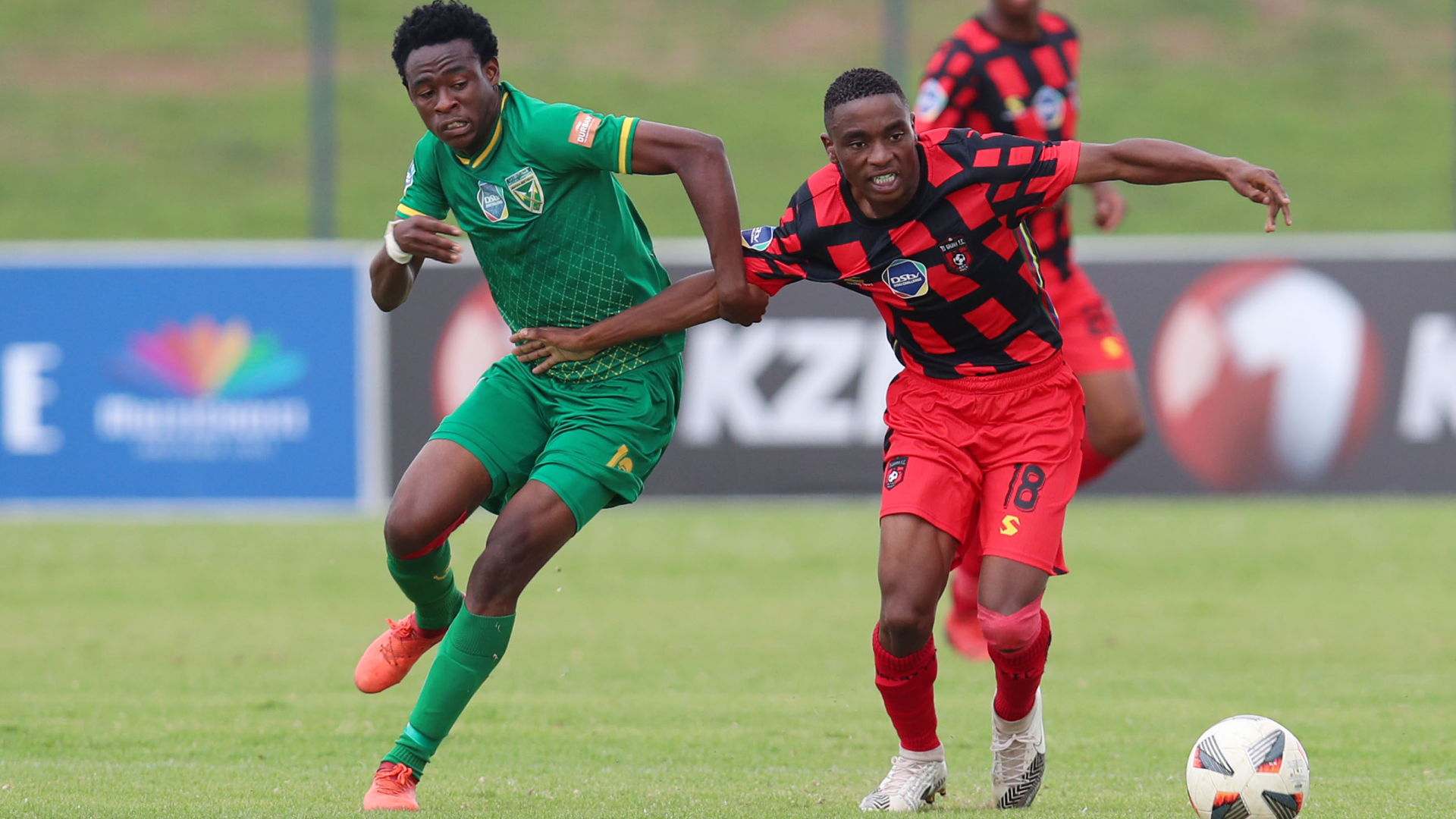 The Young Rockets are regaining form in the DDC

TS Galaxy FC reserves showed character yesterday afternoon as they came from behind to defeat Lamontville Golden Arrows 2-1 in a highly contested encounter at Tsakane Stadium.

The young Rockets dominated the early exchanges but lacked the killer instinct in front of goal in the first half.

Ndumiso Xulu, Mbewu, Koketso Modise, and Aphelele Teto all came close to breaking the deadlock for the Young Rockets.

But despite dominating the bulk of the possession, it was Abafana Bes’thende who scored the opener.

Ndlozi was fouled by Lebone Seema in the box and the young defender was penalized for the tackle.

Senzo Hlophe stepped up and calmly converted the penalty in the 22nd minute.

The Young Rockets came back from the interval firing from all cylinders. The game was halted for a few minutes due to inclement weather.

But after that short break, the Young Rockets restored parity. Aphelele Teto delivered an exquisite free-kick into the path of Modise who used his head to finish with aplomb. It was a brilliant diving header.

Sebelebele fired the Young Rockets into the lead with a clever finish in the 74th minute after he was picked out by Gomolemo Kekana.

The result secured back-to-back victories for the Young Rockets as they moved up to 6th on the log with 15 league points.

They are 10 points behind the log leaders, Orlando Pirates.