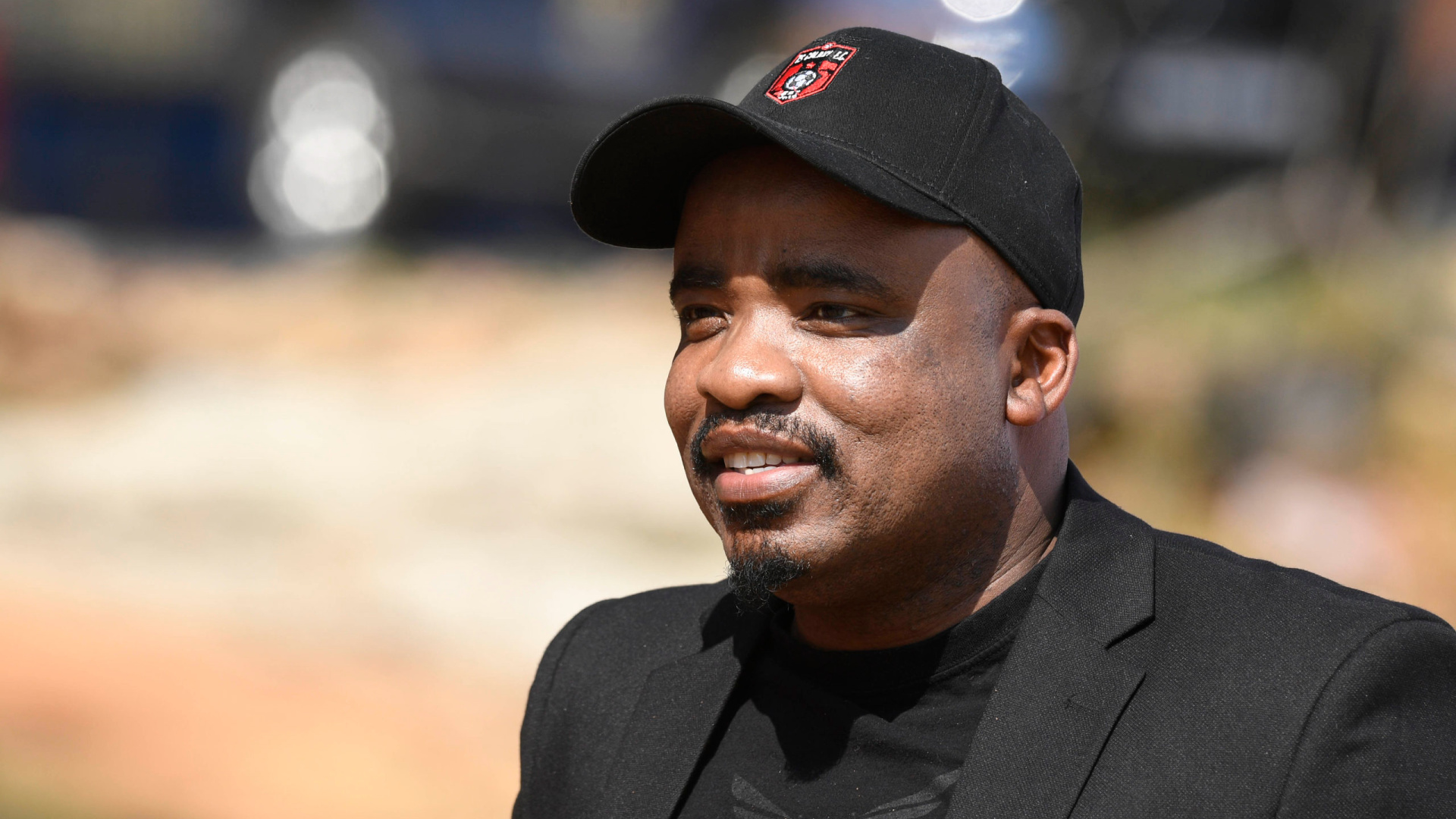 Sukazi celebrates his birthday in style

TS Galaxy FC President, Tim Sukazi, celebrated his birthday in style as the Rockets dispatched Chippa United 3-1 at the splendid Mbombela Stadium in a DStv Premiership tussle on Tuesday.

Sukazi celebrated his birthday on Monday when he turned 49. Mthobisi Mngomezulu, Menzi Ndwandwe and Wayde Lekay were all on the scoresheet for the Rockets.

But it wasn’t as smooth sailing as the scoreline suggests. Minutes into the match, the Rockets found themselves a goal behind.

The Chilli Boys initiated a well-worked corner from the left-hand side. Mokagolodi Ngele tested Marlon Heugh who made a good save, but the rebound fell into the path of Bienvenu Eva Nga who slotted the ball into the back of the net to put his side in the lead.

Mngomezulu leveled matters in the 17th minute. Ayanda Mtshali committed a blunder. He failed to hold onto a cross that was delivered by Marks Munyai on the right-hand side and spilled the ball. Mngomezulu pounced with his fourth strike of the season.

After the interval, Sead Ramovic and his technical team rang the changes which influenced the game positively.

Lekay was fouled in the box with six minutes left on the clock before the final whistle.

Ndwandwe was gallant as he used power to beat Mtshali from the penalty spot in the 85th minute.

In the referee’s optional time, Ndwandwe turned the provider, setting up Lekay who produced another scorcher.

Lekay is now in red-hot form. He has notched up three strikes on the trot for the Rockets.

The victory moved Galaxy up to 12th on the log with 12 points.