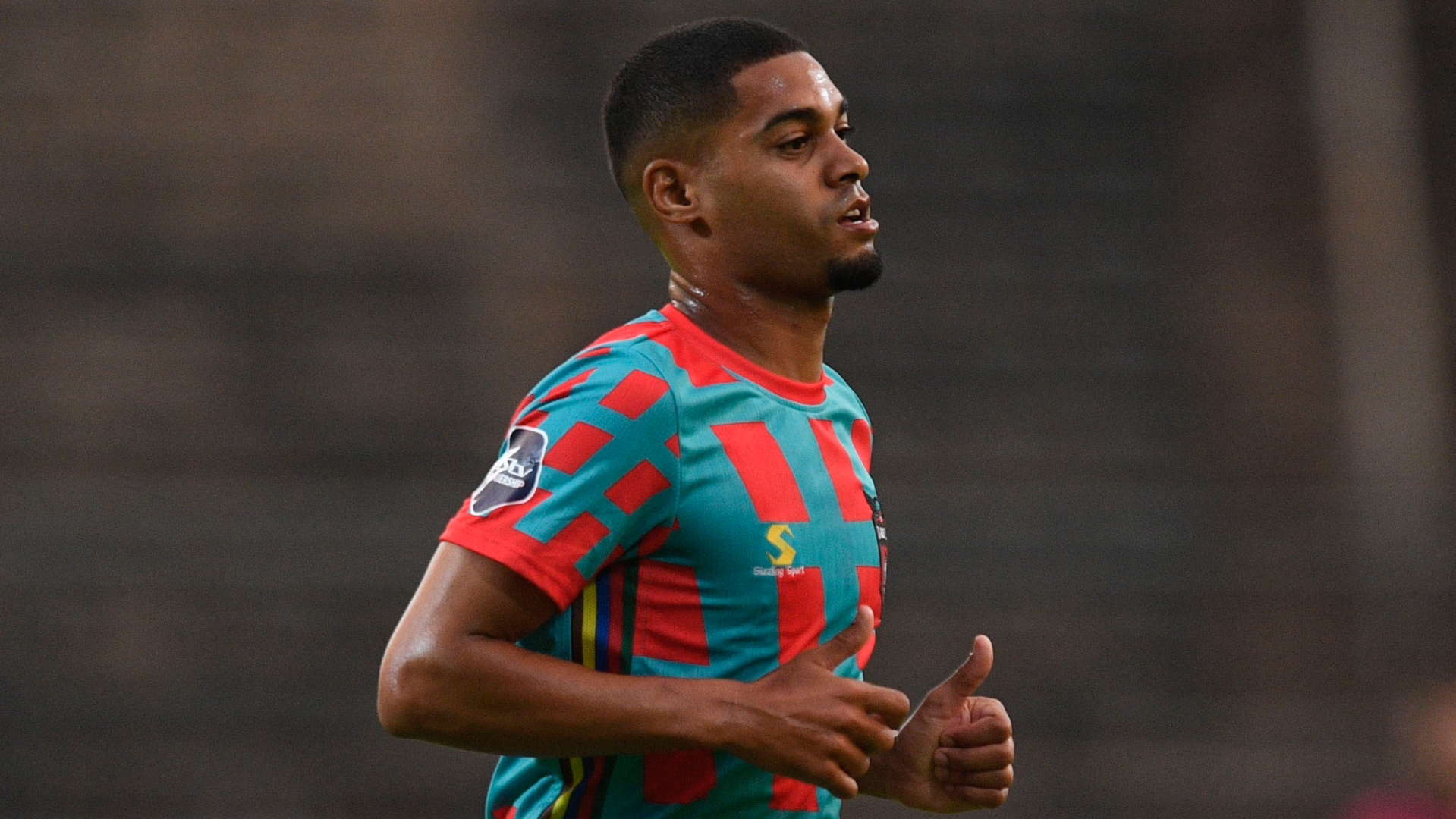 Seedat hungry for success in the Nedbank Cup

News 7th Feb 2022
THE Nedbank Cup is the only puzzle that is missing from TS Galaxy’s left-back, Ebrahim Seedat’s list of domestic cup success.
The talented-born Capetonian enjoyed a trophy-laden spell during his tenure with Cape Town City before joining the Rockets at the start of last season.
Seedat captured the MTN8 and the Nedbank Cup with the Citizen. The only missing puzzle on his list of accomplishments is the Nedbank Cup.
Speaking with the TS Galaxy Media Department, Seedat expresses his burning desire to triumphant with the Rockets in this year’s edition of the Nedbank Cup.
The Rockets will entertain the mighty Kaizer Chiefs at the iconic FNB Stadium in the blockbuster encounter at 6 pm in the last 32 on Saturday.
“It will be good not just for me but the whole team to go all the way in this cup. It is all in our hands. We have to show that willingness and put in the extra effort. It will be good to get the Nedbank Cup,” Seedat stated.
The clash between the Rockets and Amakhosi will serve as the repeat of the 2019 Nedbank Cup final at the splendid Moses Mabhida Stadium in Durban.
Galaxy defied the odds as they emerged as victors at the expense of Chiefs. Zakhele Lepasa netted the last-minute winner for the Rockets and steered the club to glory and greatness in a memorable night in Durban.
The Rockets were triumphant while they were still campaigning in GladAfrica Championship and as a result, creates history.
“There’s a lot of motivation for us heading to this encounter against Chiefs. If we can win this cup, we have an opportunity to play in the Caf Confederation Cup. The boys need to keep their heads level and work hard. We can’t wait for the encounter on Saturday,” he added.
The game will be live on SuperSport PSL (Channel 202) and across all our social media platforms. The kickoff is 6 pm.
“When you are playing against the team like Chiefs, players don’t need motivation. It is a big team and everyone wants to show what they are capable of doing.” Seedat elaborated.
Tags: Ebrahim SeedatNedbank Cupshare: