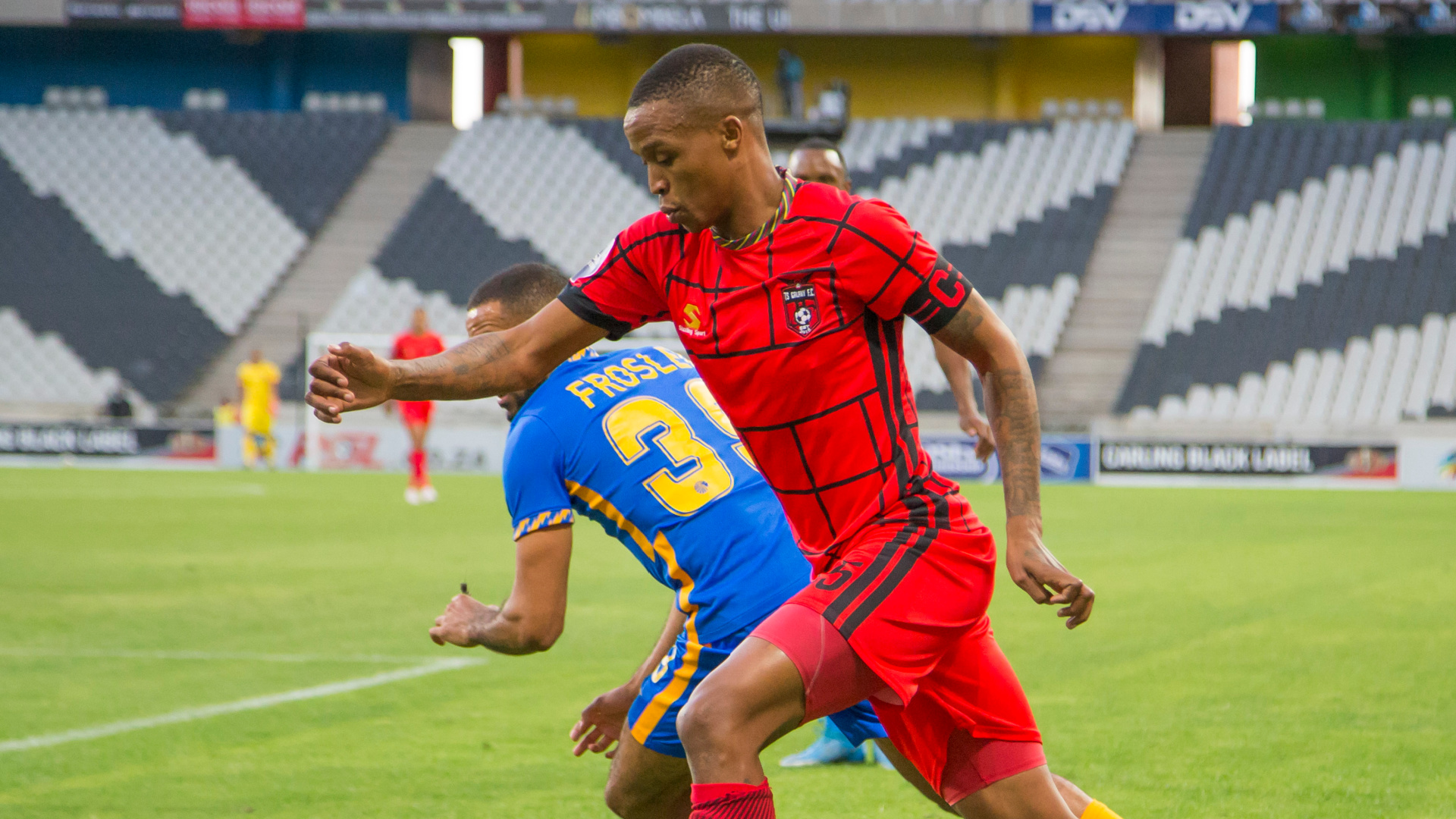 Sanoka searching for that elusive trophy

Having plied his trade in top-flight football for the past six seasons, TS Galaxy defender, Pogiso Sanoka is ready to end his duck and capture his first piece of silverware with the Rockets.

Sanoka joined Galaxy at the start of the year from Maritzburg United. While at his previous club, Sanoka suffered defeat in the Nedbank Cup final against Free State Stars and missed out on his maiden piece of silverware.

But he is now optimistic that the glory days are imminent.

“You can’t just play football and win nothing. You need to have something to show after your playing career. After all, you need that silverware. To be there and not win something is not nice. We have to work to achieve that this season. It is a pity that when the club won the Nedbank Cup, I wasn’t here,” Sanoka explained.

The Rockets have tasted success before in the past. The club defied the odds to lift the Nedbank Cup back in 2019 against Kaizer Chiefs at the iconic Moses Mabhida Stadium.

“With the team that we have and the management, I believe we can really achieve something. We can reach one of the finals and finish better than we did last season.” Sanoka stated.