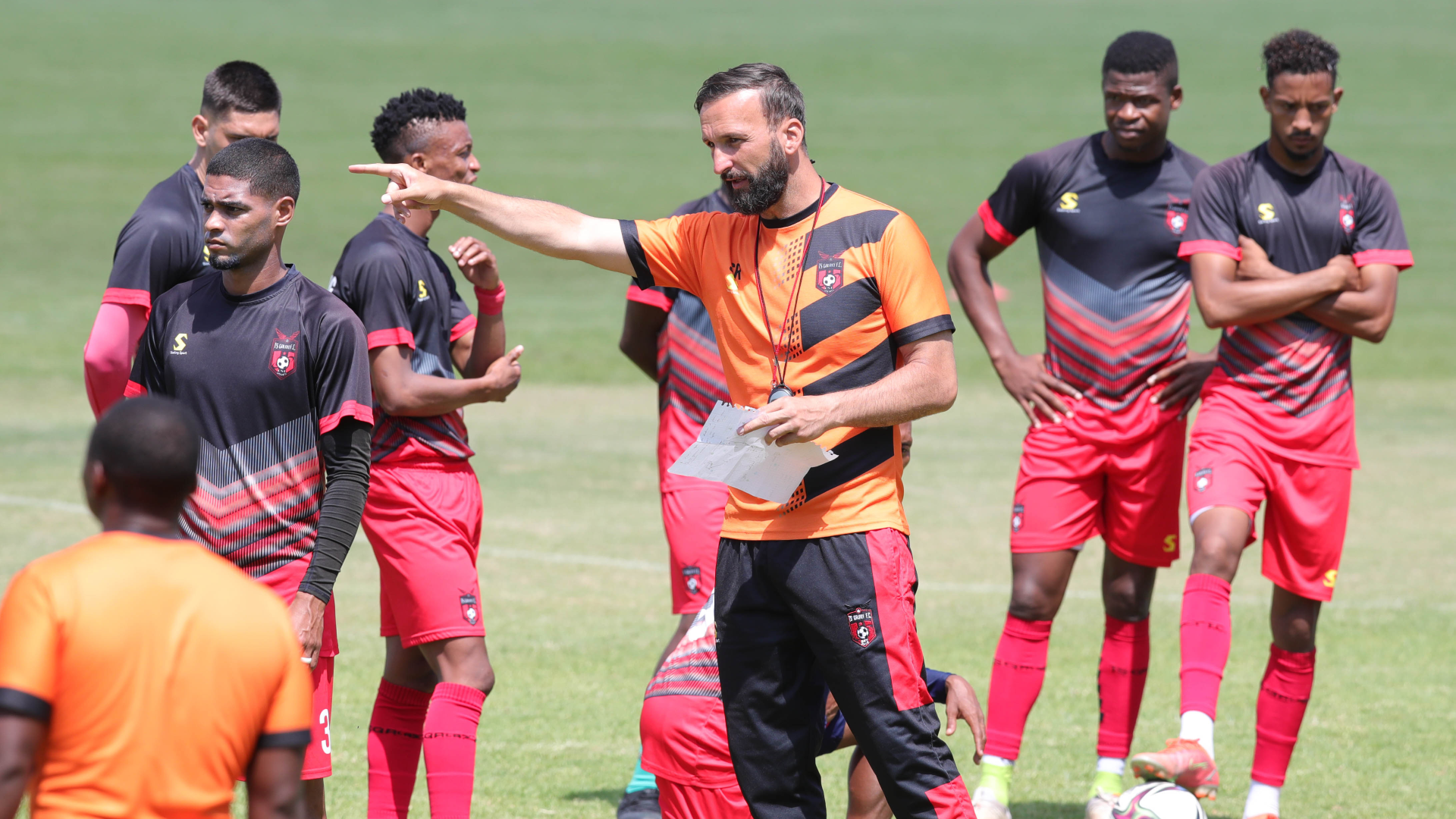 Ramovic warns his troops against complacency

News 17th Feb 2022
SEAD Ramovic has challenged his troops to stay focused after beating Kaizer Chiefs in the Nedbank Cup at FNB Stadium.
TS Galaxy FC sent Amakhosi packing in the last 32. Augustine Kwem scored the winner for the Rockets.
After 17 games, Galaxy is languishing at the foot of the table and Ramovic wants his troops to stay focused.
“I’m happy that we won. We’ve worked very hard in our pre-season (December/January) break. It was a difficult game. We have to continue because we are not in a good position on the log. We have 13 games in front of us in the league. The cup was a good test for us. We have to keep that winning momentum going against Swallows. There’s a long way to go, we have to keep going,” Ramovic explained.
The Rockets will now face Swallows on Saturday at Dobsonville Stadium. The game will kickoff at 6 pm.
“I have to give my team the credit for the great performance. They played well and fought for each other. In the end, we are all happy about it,” he added.
The Rockets will welcome back Mlungisi Mbunjana who was suspended for the previous encounter.
“We have to improve every day to be better as the club. Discipline is going to be key to that. If you work hard, you start to see improvements.” Ramovic elaborated.
Tags: Nedbank CupSead Ramovicshare: