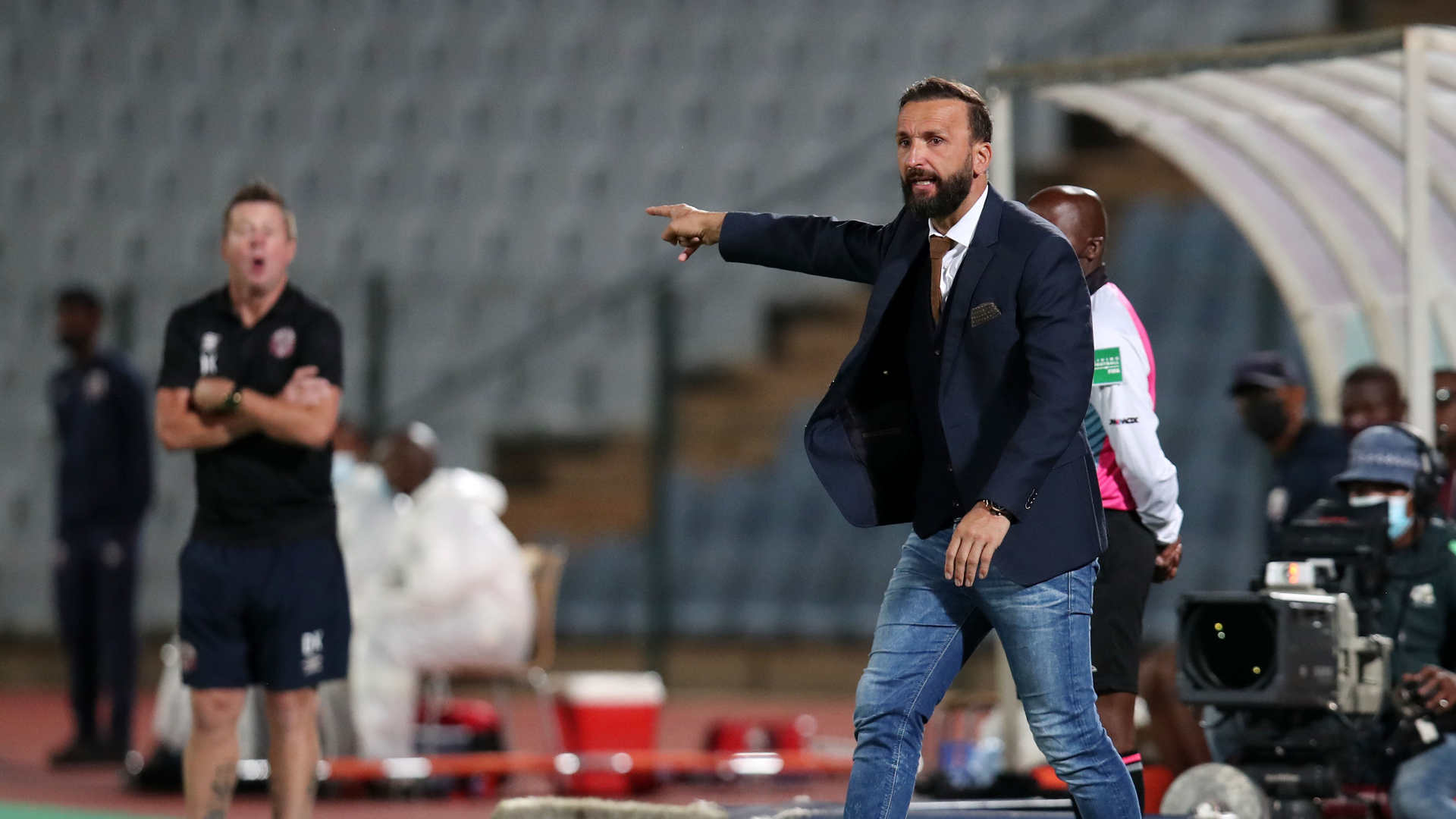 Ramovic wants to move out of the relegation zone

News 21st Feb 2022
TS Galaxy FC head coach Sead Ramovic has acknowledged that there’s still a long way to go for the Rockets despite the sparkling start for the club in the new year.
After two games in 2022, Galaxy has notched up two consecutive victories against the Soweto giants in back-to-back weeks.
The Rockets bundled Kaizer Chiefs out of the Nedbank Cup before defeating Swallows 1-0 in the DSTV Premiership tussle.
“We played against a tough team. It wasn’t easy to win against them. I’m just happy that we won but I have to give credit to my team for the way they fought (with one man down). We stuck together and fought for each other. I also have to give credit to my entire coaching staff,” Ramovic explained.
The Rockets are now 14th on the log with 16 points after 18 points.
“We are working as a team. We just have to keep going. We have 12 more games. It is not easy in the league. Anyone can beat anyone. We have to be clear about it. We have to be calm and stay humble. It is not going to get any easier. We have to fight until the end. Hopefully, we will get out of the danger zone as soon as possible,” he added.
On Tuesday, the Rockets will square off against AmaZulu at the iconic Moses Mabhida Stadium in the DSTV Premiership.
“We need to prepare well for the next game and fight for the maximum points. Every point for us is important.” Ramovic elaborated.
Tags: Sead Ramovicshare: