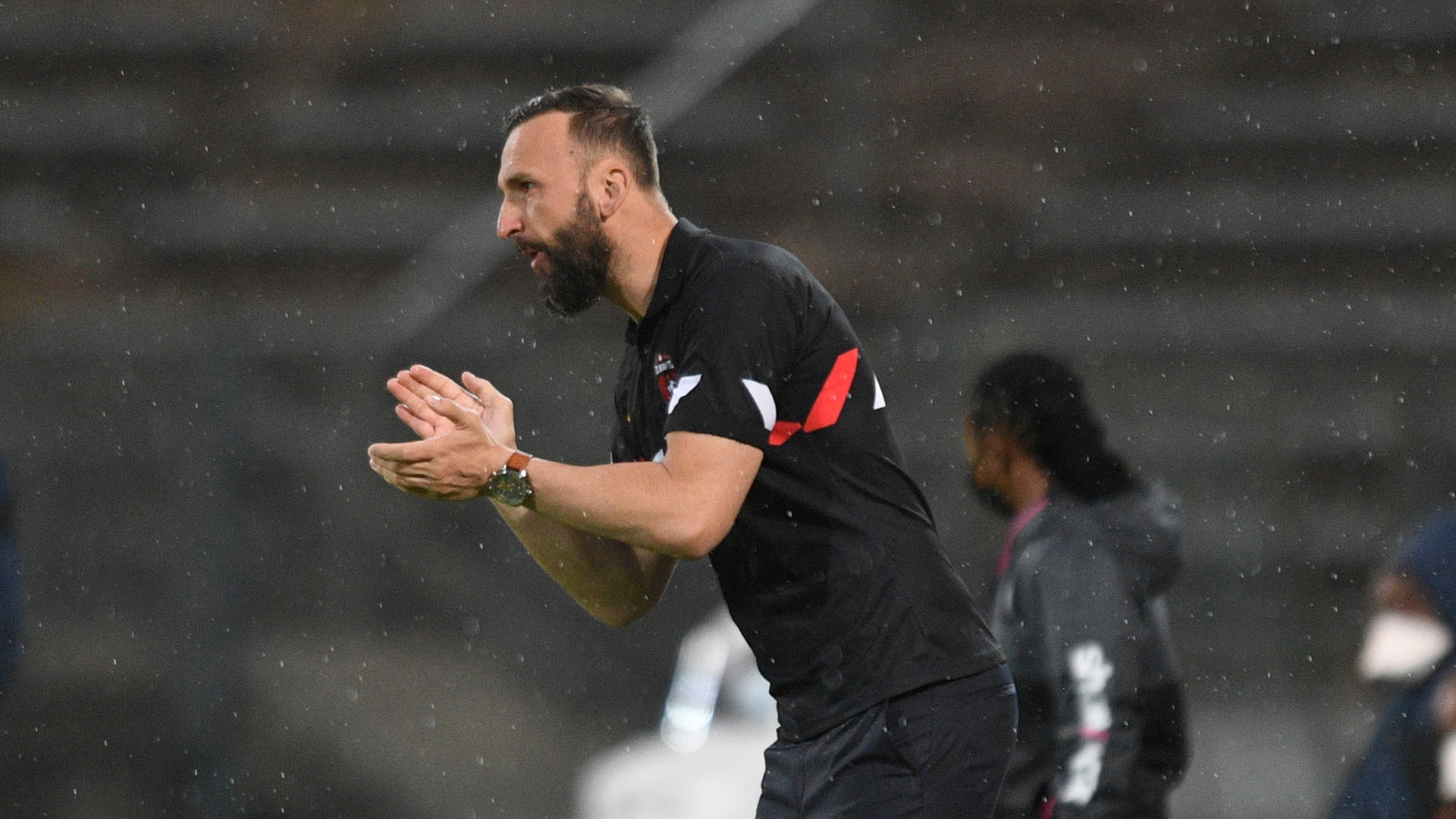 Ramovic wants more from his troops

TS Galaxy FC has notched up back-to-back victories at Mbombela Stadium but Sead Ramovic wants more from his troops.

The Rockets swept past Swallows 1-0 and Baroka FC 2-1 in the past two matches at Mbombela.

Despite scoring three goals, keeping one clean sheet, and amassing six points at home, the German wants more from his players.

“I’m happy for the team. I’m happy for the club and of course for our supporters. But I was not happy about our game. We did well to score the first goal but after that, we started to be afraid. This is where we need to start to believe in ourselves. I believe we played good football in the last four games. Having said that though, I was impressed by how they defended. Everyone was fighting for each other. It is not easy to beat a team like Swallows. They have played a lot of draws and it is not easy to play against them,” Ramovic explained.

The Rockets will now entertain Cape Town City at home on Saturday at 3.30 pm at Mbombela Stadium in the DSTV Premiership tussle.

“Yes, we won but we have to move on and analyze where we can improve as a team. We have to improve how we keep the ball. We don’t have to play long balls. With long balls, we don’t have chances of winning games. We have to stick to our ball possession philosophy. It needs time, I know. It is a process, the guys have been through a lot of negativity and all that. I’m happy that against Swallows they stuck as a team. They fought for each other. I’m happy for the club.” Ramovic stated.

After 11 matches, the Rockets have collected eight points and still have 57 points to fight for in the season.

“We have to keep on fighting. The priority should be more on scoring a lot of goals in the coming matches and defending our goal should be secondary. We can score more goals and we will score more goals because we create chances.” Ramovic concluded.