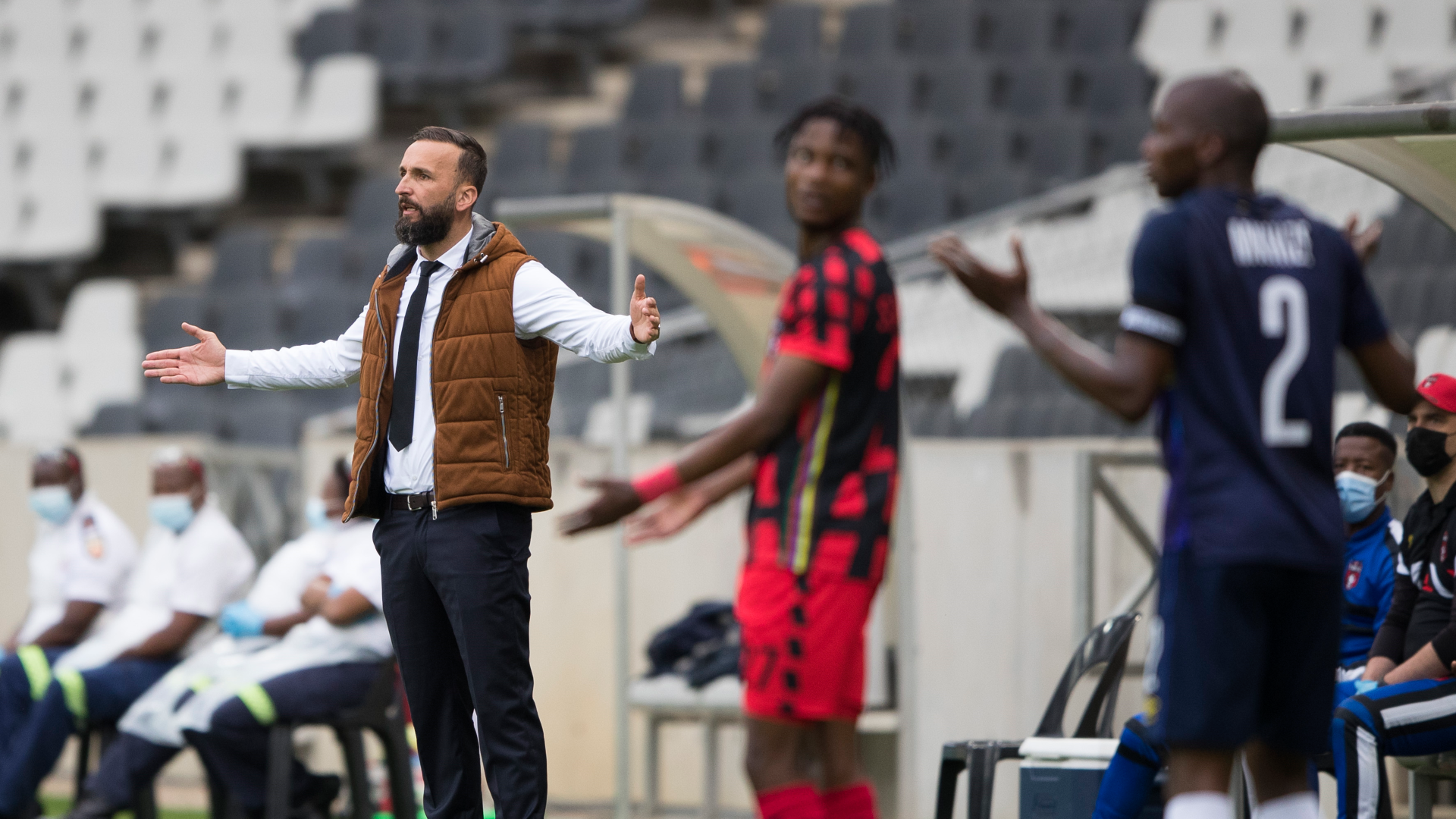 Ramovic wants Galaxy to be resolute in critical phases

TS Galaxy FC head coach Sead Ramovic has warned his troops to be more alert in critical phases of the game.

The Rockets came back twice to earn a stalemate against Cape Town City this past weekend at the splendid Mbombela Stadium.

The Citizens netted the opener as early as 56 seconds but the Rockets responded swiftly with an instant equalizer in the 3rd minute of the game.

“We didn’t start the game well. We can’t concede a goal after one minute. We have to be aware of that. We can’t start the game like that but I’m happy that we came back. We had other chances. We could have been 2-1 up and I’m sure that would have changed the game. If we had another five more minutes after the 90 minutes, I’m sure we would have won the game. We have to capitalize on such moments and do better,” Ramovic stated.

The Rockets have shown major refinements under the tutelage of Ramovic.

“It is not easy to change the structure of the team from playing long balls to possession-based football. It takes time. We have to improve and we will learn a lot. We are unhappy that we didn’t win but I must say, it is not easy to win when you are playing with a good team like Cape Town City. In the end, we are happy with the point,” he added.

Galaxy is 13th on the log with nine points after 12 games.

“We had a lot of opportunities during the game. We missed chances and we didn’t play smart. We made complicated passes. We have to keep going and I’m sure we will win games again,” Ramovic elaborated.

Since the arrival of Ramovic, the Rockets have shown character on so many occasions.

On Wednesday, Galaxy will take on Marumo Gallants at Peter Mokaba Stadium at 5:30 pm.