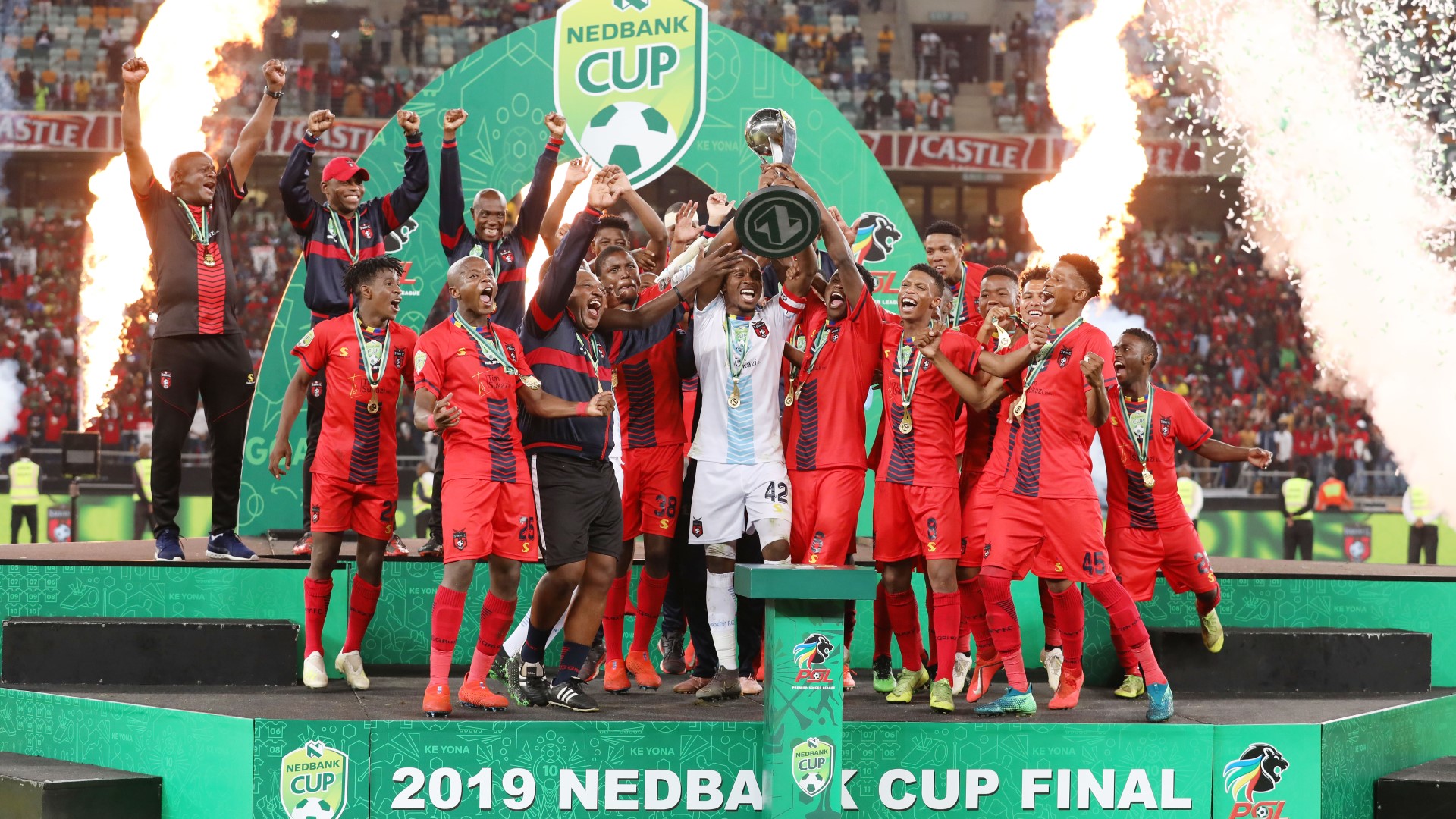 NEDBANK CUP TO EVOKE MEMORIES FOR THE ROCKETS

It is the cup that introduced the Rockets in to the masses in the football fraternity in South Africa.

Only few people knew about the Rockets before we burst in to scenes in 2019 when we reign supreme at the iconic, Moses Mabhida Stadium in Durban against Kaizer Chiefs.

Zakhele Lepasa netted the winner for us as we were crowned the Nedbank Cup champions.

We made history as we were campaigning in GladAfrica Championship at that time.

Before we triumphant in 2019, no other side competing in a lower level had ever won the Nedbank Cup.

Even today, the Rockets are still the only side to have ever done that. On Saturday, we will take on TS Sporting in the Mpumalanga derby at Emirates Airline Park.

We’ll be battling for a place in the last 16 of the Nedbank Cup. The game will kickoff at 3pm this coming Saturday.

The lads will head in to this brimming with confidence. We are unbeaten in the past three games.

The club has netted seven goals and kept two clean sheets in the process. It will all be about momentum when we square off against Sporting.