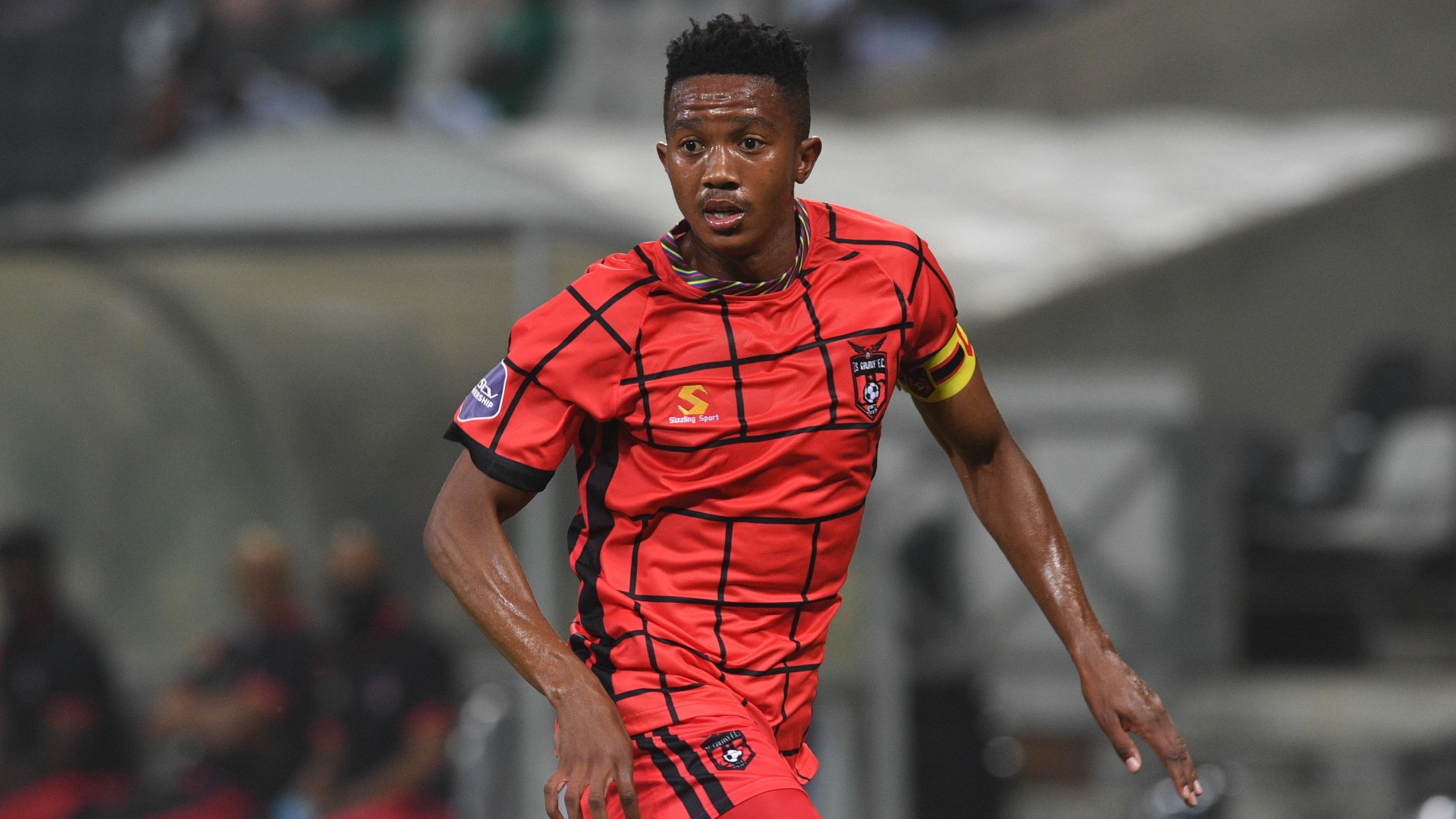 TS Galaxy skipper, Given Msimango is optimistic that the Rockets will finish in the top eight come the end of the DSTV Premiership.

Currently we are languishing 11th on the log with seven points after eight games.

We have registered one victory, three stalemates and three loses so far in this season.

Msimango who has featured in all of our seven games this season is adamant that the Rockets will be campaigning in the MTN8 next season.

“I’m very confident that we will achieve our goal of finishing in the top eight. It is still early stages of the season to start calling and positioning ourselves. We are slowly getting there. We will start getting points. We will get points that are needed to reach that goal, ” a confident Msimango stated.

Only two points separates us with Stellenbosch FC who are eight on the log.

“We are working very good at training. Our efforts have doubled. The boys are pushing and I’m pushing. I’m confident that comes the end of the season, we will be amongst the top eight finishers.” Msimango elaborated.

The Rockets will be looking to pick up points in January against the likes of Baroka, SuperSport United, Chippa United, Maritzburg United, Bloemfontein Celtic, Orlando Pirates and Black Leopards.

December wasn’t the best month for the club. We suffered a hattrick of defeats at the expense of Stellenbosch, Mamelodi Sundowns and Cape Town City.