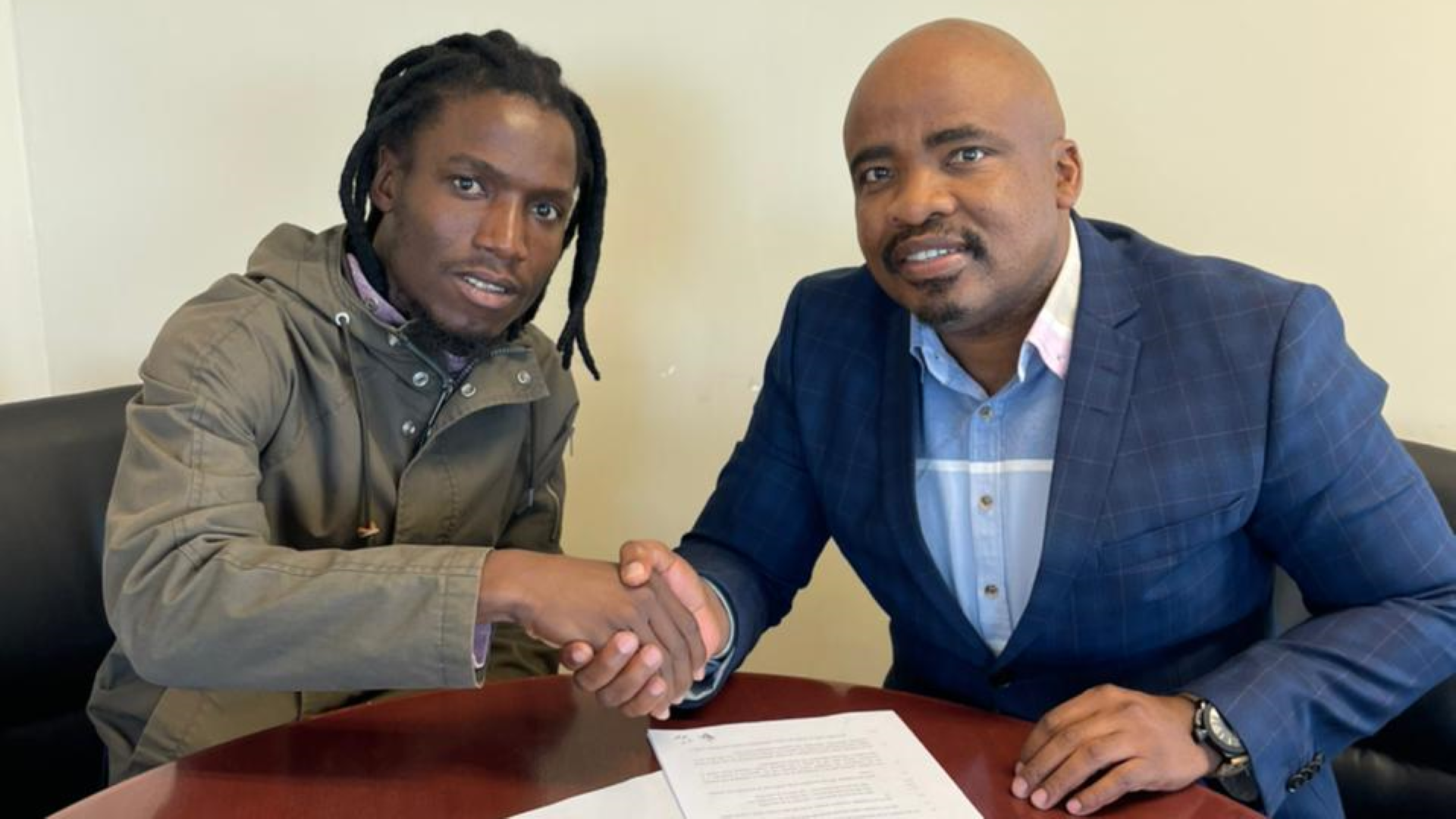 TS Galaxy Football Club is delighted to announce that Marks Munyai has renewed his contract with the Rockets for a further three years.

The 31-year-old right-back was instrumental for the club last season making 22 league appearances and contributing with three assists.

Following his exploits, the Rockets have rewarded him with a long-term contract that will see him staying at the club until 2025.

“I’ve felt at home at TS Galaxy FC from day one. I’m happy to be part of this family. I aim to continue to contribute positively toward the success of the club. TS Galaxy is a club with huge ambitions and that’s why I decided to extend my stay. I’m looking forward to more good memories,” a jubilant Munyai elaborated.

Recently, Galaxy extended the contract of Pogiso Sanoka and Melusi Buthelezi who are set to stay with the club until 2026.

“We are very delighted by Marks’ renewal of his contract with the Club. He has been one of the most critical cogs of our machinery. He values the Club while we also value him a lot. He has contributed a lot to the Club’s stay in the Dstv Premiership. We appreciate him locking his future with our Club.”