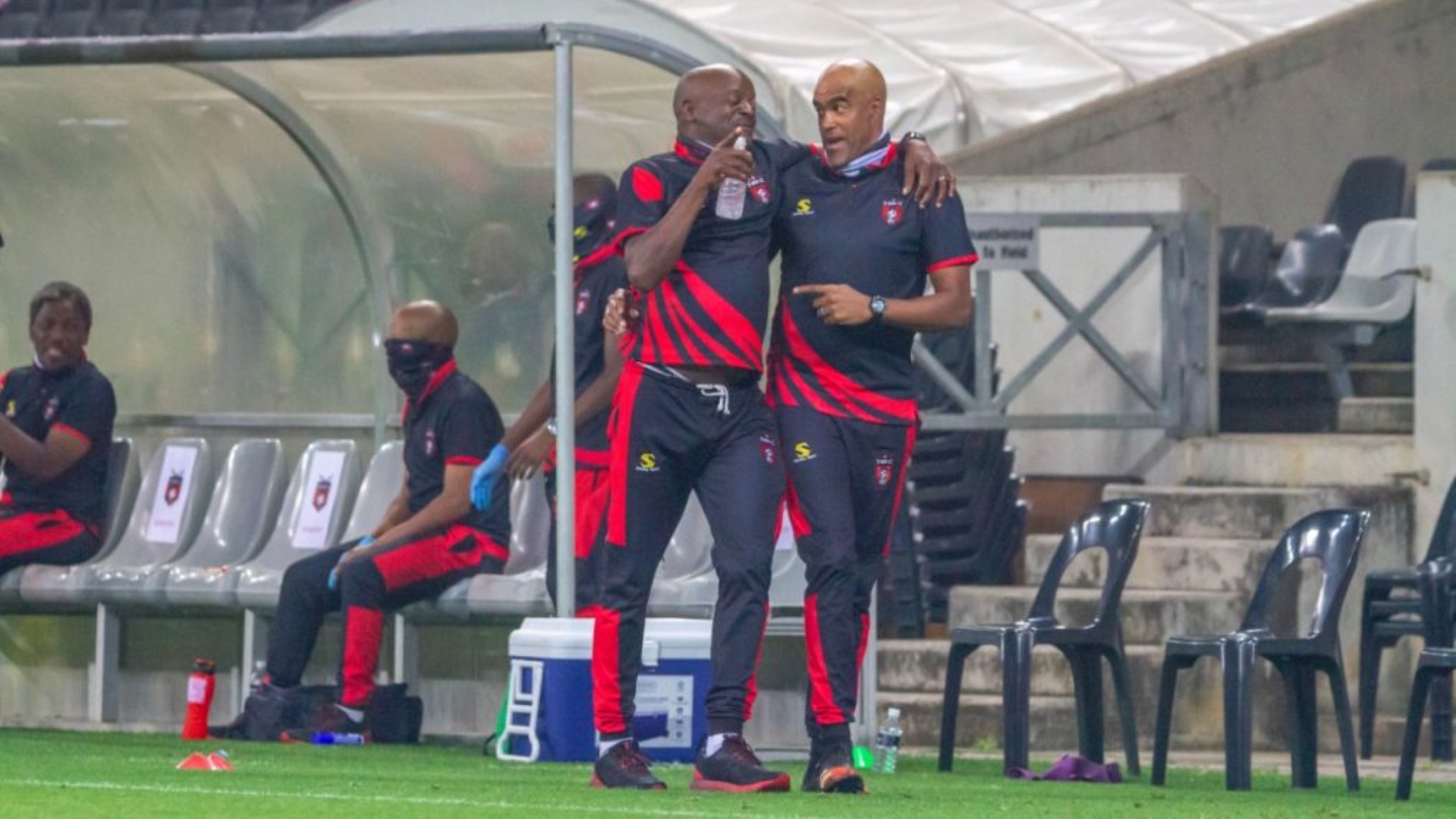 MALESELA CAN SEE LIGHT AT THE END OF THE TUNNEL

TS Galaxy Football Club might be through torrid times but our head coach, Dan Malesela can see the light at the end of the tunnel.

The Rockets have suffered back to back defeats at the expense of Stellenbosch FC and Mamelodi Sundowns respectively in their previous two encounters.

The club is going through a barren run of five games without a victory but Malesela is adamant that the sun will soon shine for the Rockets.

“It is a lot of pressure we don’t want to get in to a situation of desperation. We don’t want to be desperate. We set ourselves standards. It sad that we should be somewhere with points and we are not yet there. It puts a lot of pressure, I can tell you that. We have to get maximum points in the last game of the year (against Cape Town City in Cape Town on Saturday), ” Malesela elaborated after we lost 2-0 against Sundowns at Loftus Versfeld Stadium last night.

Peter Shalulile and Themba Zwane netted for the log leaders and the defending league champions.

Even though we haven’t won in the past five games but the club is creating chances.

“As long as we continue playing and we are persistent on playing, moving ball and do it positively so by moving it with intention. We will then get results. Sometimes we move the ball and it is looking good and the next thing we slow down and we stop it. That doesn’t do any hurt to the opponents. To be honest, Sundowns was beginning to tire a bit in the last 10 minutes of the first half and even now late in the game. But we let them out of the hook,” Malesela stated.

“We preferable wanted to play higher so that even if we make mistakes, we can still recover. You play Sundowns and you make these errors and then you’ll be punished. That’s the given,” Malesela detailed.

Our game against Cape Town City will kickoff at 6pm on Saturday at Cape Town Stadium.

“We are somewhere 80%. On a day where we try and simplify things, we can even come to 100%. At times, players turn to get too desperate and that is not healthy. That’s why I don’t want us to go goal down in matches because it puts a lot of pressure on the players and we don’t need that.” Malesela explained.