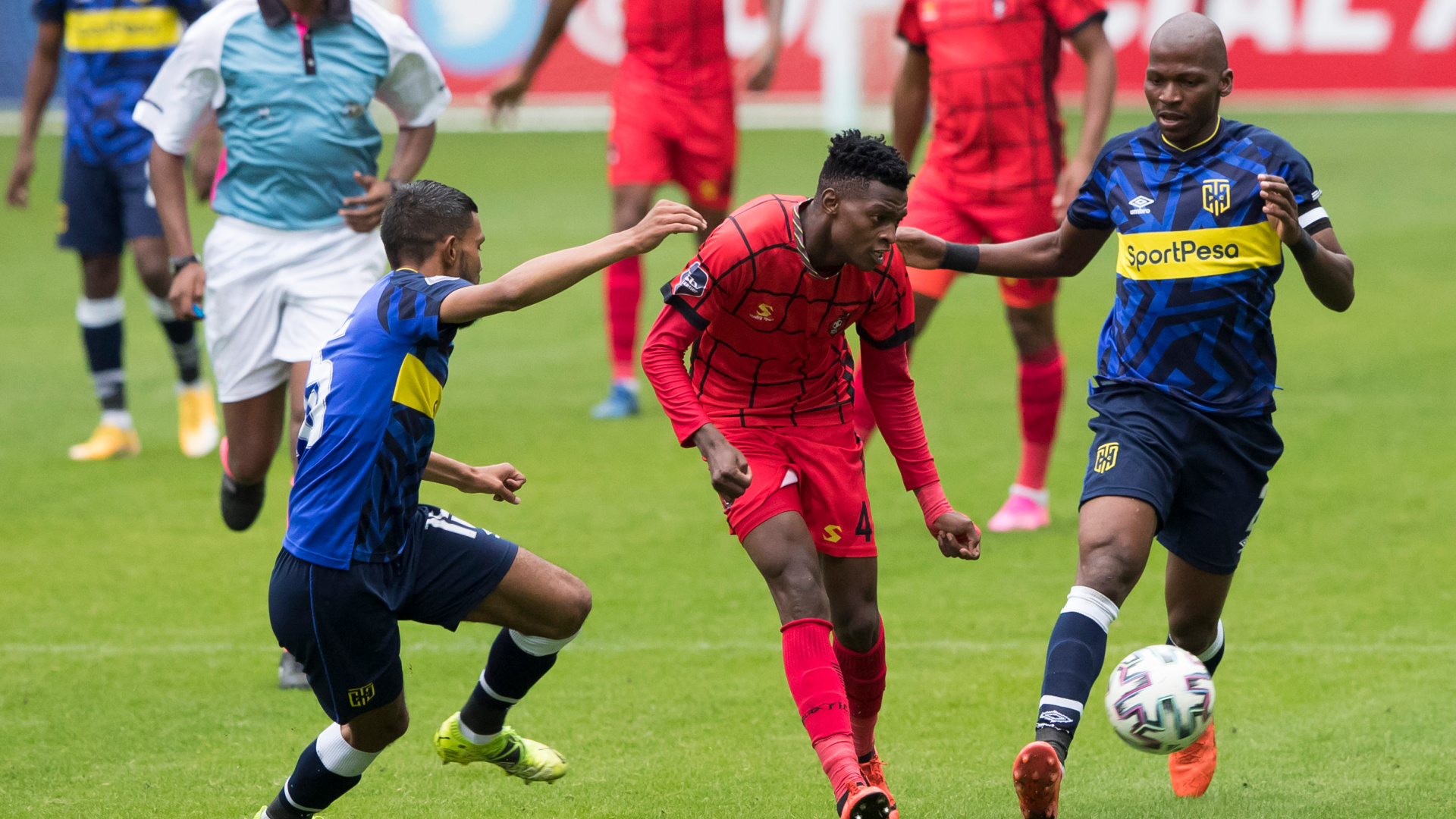 Mahlangu is to set dazzle at the Olympic Games

All eyes will be on Macbeth “Killer” Mahlangu today.

The 19-year-old defender is expected to start at the heart of defence for the South African Under-23 side when they square off against Japan at 1pm in the opening game of the Olympic Games in Tokyo.

Mahlangu was one of the shining lights in the DStv Premiership last season with his vigilant displays.

He was nominated for the DStv Premiership Young Player of the Season award. His eye-catching performances earned him a place in the Under-23 squad.

TS Galaxy head coach Owen Da Gama offered some sort of advice for his defender ahead of the match.

“Macbeth must approach today’s game the same way in which he approached his first game in the DStv Premiership. Take it one step at a time, be positive and calm. Treat it like you are playing against Kaizer Chiefs. I believe that if you play against Chiefs, Orlando Pirates, and Mamelodi Sundowns, then you can play against anybody in the world,” said Da Gama who led the SA-Under-23 side at the 2016 Olympic Games in Rio De Janeiro, Brazil.

It is going to be a proud moment for the KwaNdebele born defender.

“He must be calm and go and play his normal game. Killer must enjoy the experience of the Olympics. That happens every four years. Sometimes, it happens once in your lifetime that you get that experience,” he added.

The South African Under-23 side will be looking to get off to a flying start.

“I would like to wish David Notoane and his team all the best. You are a quality team. Unlike us, we had the players in the Olympic Games that we’re not regularly playing at club level. Now, we’ve got a team where 99% of the players are regulars at their clubs locally and abroad. Coach Notoane has selected a fantastic squad. I think we can go all the way. There’s no doubt about that. I believe in them, I believe in the coach,” Da Gama elaborated.

The match will be live on SABC 1 and SuperSport 202.

“I’ve been there and that’s why I believe we can go all the way. Yes, we are in a hard group but just like us starting against Brazil, they will be up against Japan. They must go and play the way they normally play and not be overwhelmed by the occasion but show the big match temperament.” Da Gama concluded.