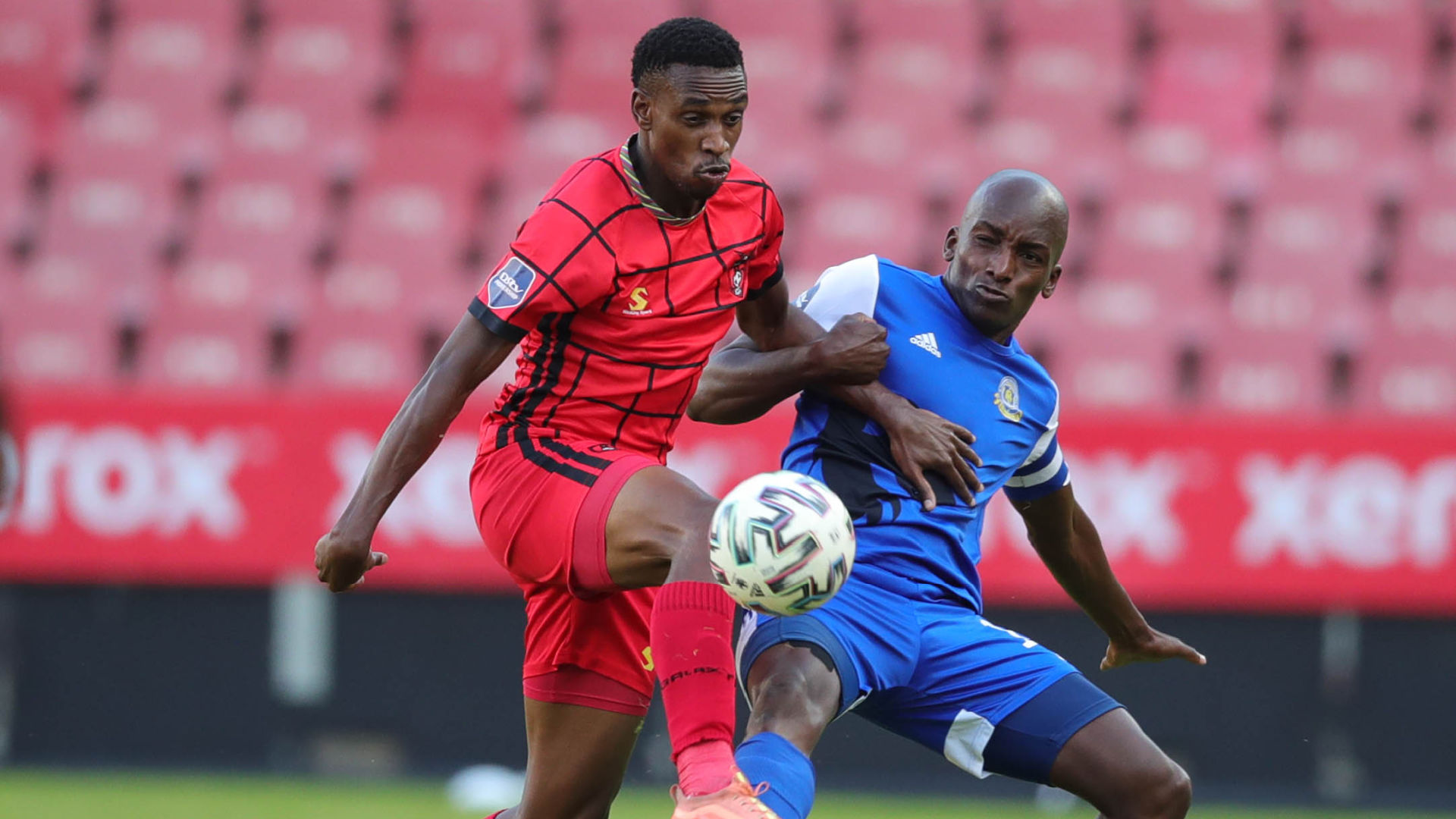 Macuphu confident of reaching his target

TS Galaxy marksman Mxolisi Macuphu is adamant that he will reach his target of 10 strikes in the DStv Premiership.

At the start of the season, Macuphu set himself a target of 10 goals and is left with eight games to fulfill his goal.

So far, Macuphu has rattled the net on four occasions and contributed with four assists in 21 games.

Speaking with the TS Galaxy website about his target, Macuphu is still confident of reaching double figures.

“The 10-goal tally that is targeted is still possible. I can get one game where I can get a brace and then I’ll move to six goals. After that, I can collect a goal here and there. It is still possible, I think,” Macuphu elaborated.

Macuphu is a vital cog for the Rockets upfront. He has been very pivotal in terms of creating space and taking defenders out of the game because of his ability to hold the ball.

“The good thing is that we are getting those chances. There’s now more quality in creating more goal-scoring opportunities. It is a matter of reaching the right spot,” he added.

Macuphu will be looking to get back on the scoresheet once again when we take on AmaZulu on the 24th of April at Jonsson Kings Park Stadium.

“We need luck as strikers as well and take every opportunity that comes our way. The 10 goal tally is still reachable.” Macuphu explained.