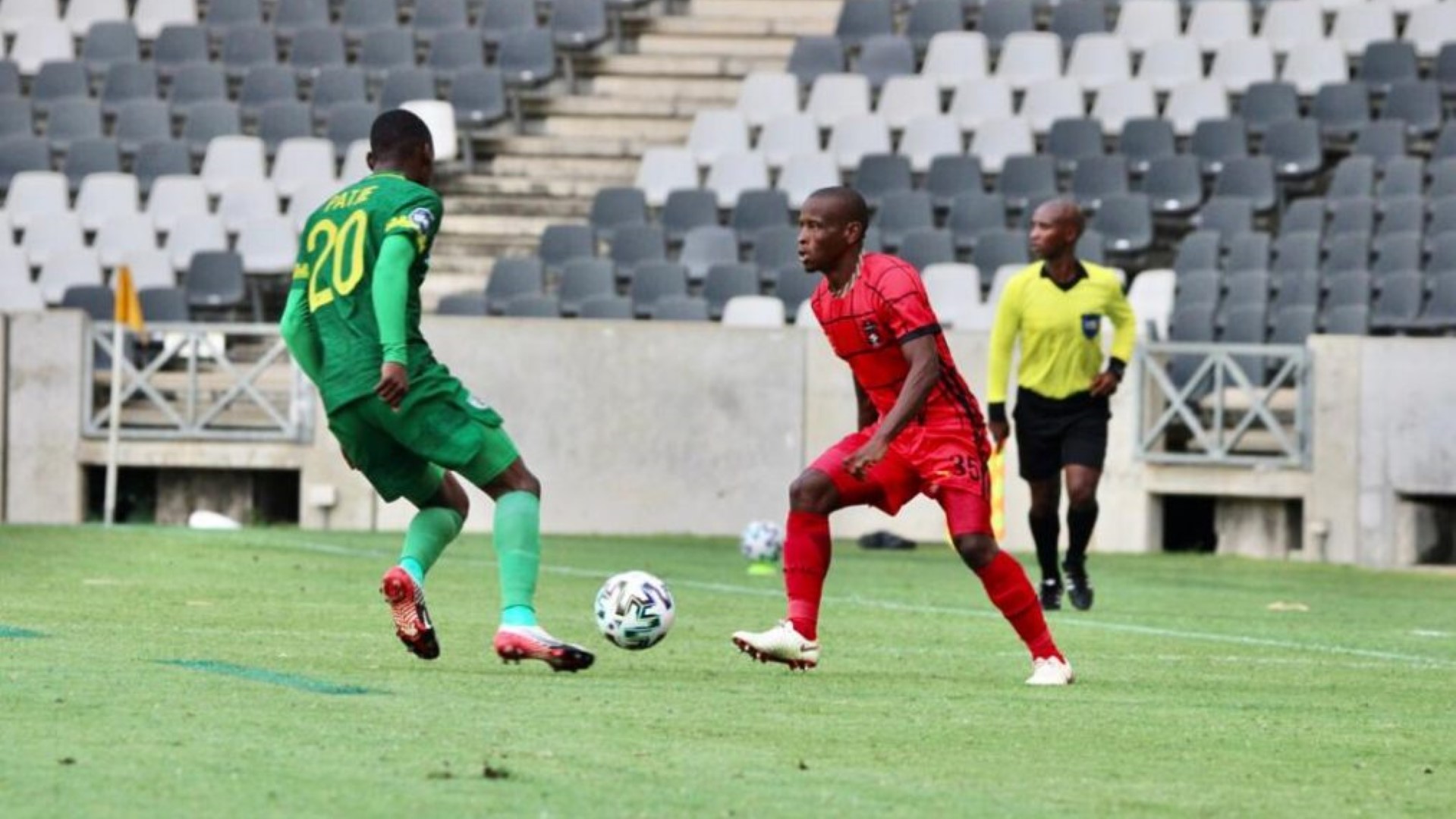 TS Galaxy FC top marksman, Mxolisi Macuphu is scoring goals like it is out of fashion these days.

In the past two matches, the diminutive goal poacher has notched up three strikes.

He snatched the equalizer for the Rockets in our previous game against Baroka FC at the iconic, Mbombela Stadium in Nelspruit.

Macuphu was instrumental for the Rockets. He conjured up an assist for Shaune Mogaila before restoring parity for Galaxy in the 84th minutes.

Macuphu also played a pivotal role in our last game of 2020 against Cape Town City when he netted the brace as we succumbed to a 3-2 defeat at Cape Town Stadium.

“I always tell everyone that as a striker you are judged by the number of goals that you scores. I’m delighted that I scored again. On Saturday, I also want to continue where I left off here,” a confident Macuphu articulated.

The Rockets are now 11th on the log with eight points after nine games. On Saturday, we are pitted against SuperSport United at Mbombela Stadium at 3pm.

“It is a big one, hey,” Macuphu chuckled.

He had a short stint with Matsatsantsa A Pitori in the past.

“SuperSport are a team on form. They are a team that have players that have been playing together for the past three years. Come back from two goals down to earn points was a huge effort and it is game on Saturday.” Macuphu elaborated.

The Rockets are still searching for that elusive victory in the new year.