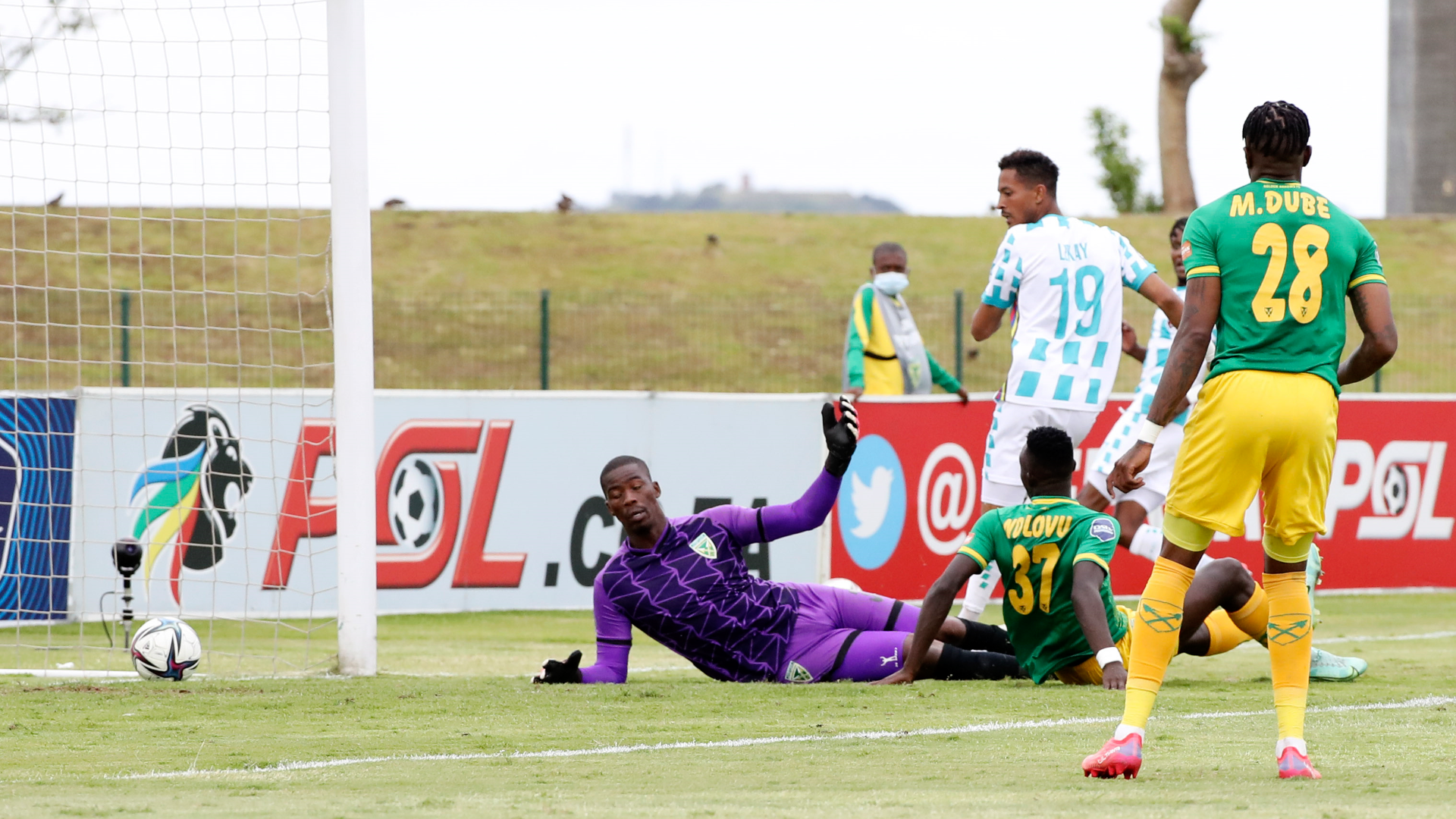 TS Galaxy and Golden Arrows played to a 1-1 draw in a 2021/22 DStv Premiership match at the Princess Magogo Stadium on Saturday afternoon.

After a goalless first half, Wayde Lekay broke the deadlock for the Rockets in the 51st minute, but their lead lasted a mere three minutes with Sbonelo Cele equalising from a well-taken free-kick.

Knox Mutizwa could have won the game for Lehlohonolo Seema’s side when the referee pointed to the spot with 77 minutes on the clock after an opposing player handled inside the area, but the substitute blazed his penalty over the target.

Abafana Bes’thende, who duly remained ninth on the table, extended their unbeaten run to seven matches, while the Mpumalanga outfit moved up one place to 13th as a result.

The two teams came into the clash separated by five places and seven points, with Arrows keen to build on their fine form over the last month-and-a-half.

A good contest in the first half saw the hosts make the better start and they threatened twice in the opening five minutes. Michael Gumede headed the first chance wide from a free-kick before Themba Mantshiyane directed a tame header at Marlon Heugh after getting on the end of Nqobeko Dlamini’s long ball.

Mthobisi Mngomezulu then looked to catch Nkosingiphile Gumede off his line on 12 minutes, but the striker’s long-range effort sailed wide of the target, much to the relief of the Arrows goalkeeper.

Gumede had another sniff at goal six minutes later when Nduduzo Sibiya fed him the ball after a free-kick was only half cleared, although his shot went straight at Heugh, who made another routine save from Dlamini on 32 minutes following good work by Mantshiyane on the edge of the area to tee him up.

The final chance of the half came the way of the Durban-based club as Sibiya wasted a free-kick from a promising position that he sent way over the crossbar.

The second half was just six minutes old when the visitors opened the scoring with their first clear-cut opportunity on the counter. Sphiwe Mahlangu picked out Lekay with a low pass and the striker backheeled the ball into the back of the net from close range.

However, they were pegged back just three minutes later as Cele curled a free-kick over the wall and past Heugh to restore parity.

Pule Mmodi should perhaps have done better when he connected with a cross from Mthokozisi Dube on 68 minutes, only to lash his effort high over the bar.

Arrows were then presented with a gilt-edged opportunity to take the lead nine minutes later, and potentially clinch the win, after being awarded a penalty for handball, but Mutizwa failed to hold his nerve as his spot-kick cleared the bar.