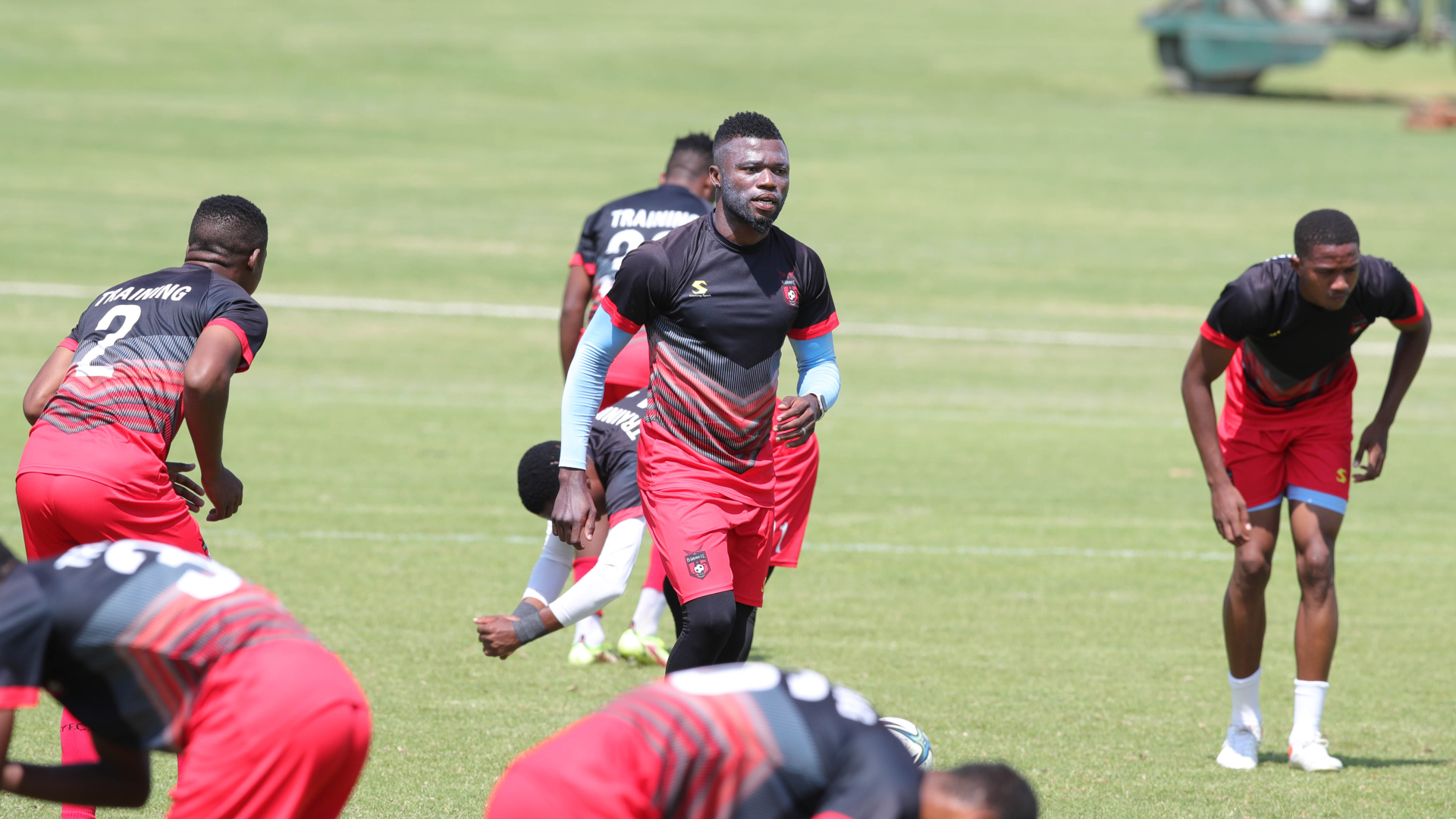 Kwem optimistic for Galaxy in the league

News 17th Feb 2022
TS Galaxy marksman Augustine Kwem is optimistic that the Rockets are destined for greatness in the new year.
This past weekend, Galaxy crashed Amakhosi out of the Nedbank Cup. Kwem was on the scoresheet for the Rockets.
His strike proved to be the winner. It was his maiden goal in the colours of Galaxy.
On Saturday, Kwem and his teammates will switch focus from the Nedbank Cup to the reality of the DSTV Premiership.
Galaxy is at the foot of the table. They will visit Swallows at Dobsonville Stadium on Saturday at 6pm in the DSTV Premiership.
“The fact that we started the new year with the win shows that good things are coming for us,” Kwem explained.
The Rockets are brimming with confidence having beaten the Glamour Boys in the previous encounter.
“Yes, complacency can creep in after such victories but we know the reality. We are still at the bottom of the log. I don’t think anyone has a chance to be complacency now,” he added.
Swallows are also in the relegation dog fight alongside Galaxy.
“We need to go for the win against Swallows. We’ve put so much emphasis on ourselves as a team. We watched them yesterday against Stellenbosch, they were not so great even though they got the point,” Kwem detailed.
The Nigerian talisman was instrumental against Chiefs and the Rockets will be putting their hopes on him to continue with his ability to turn chances into goals.
“I’m happy that I’m off the mark. I’m hoping to stay consistent and score more goals in the next upcoming matches.” Kwem concluded.
Tags: Augustine Kwemshare: