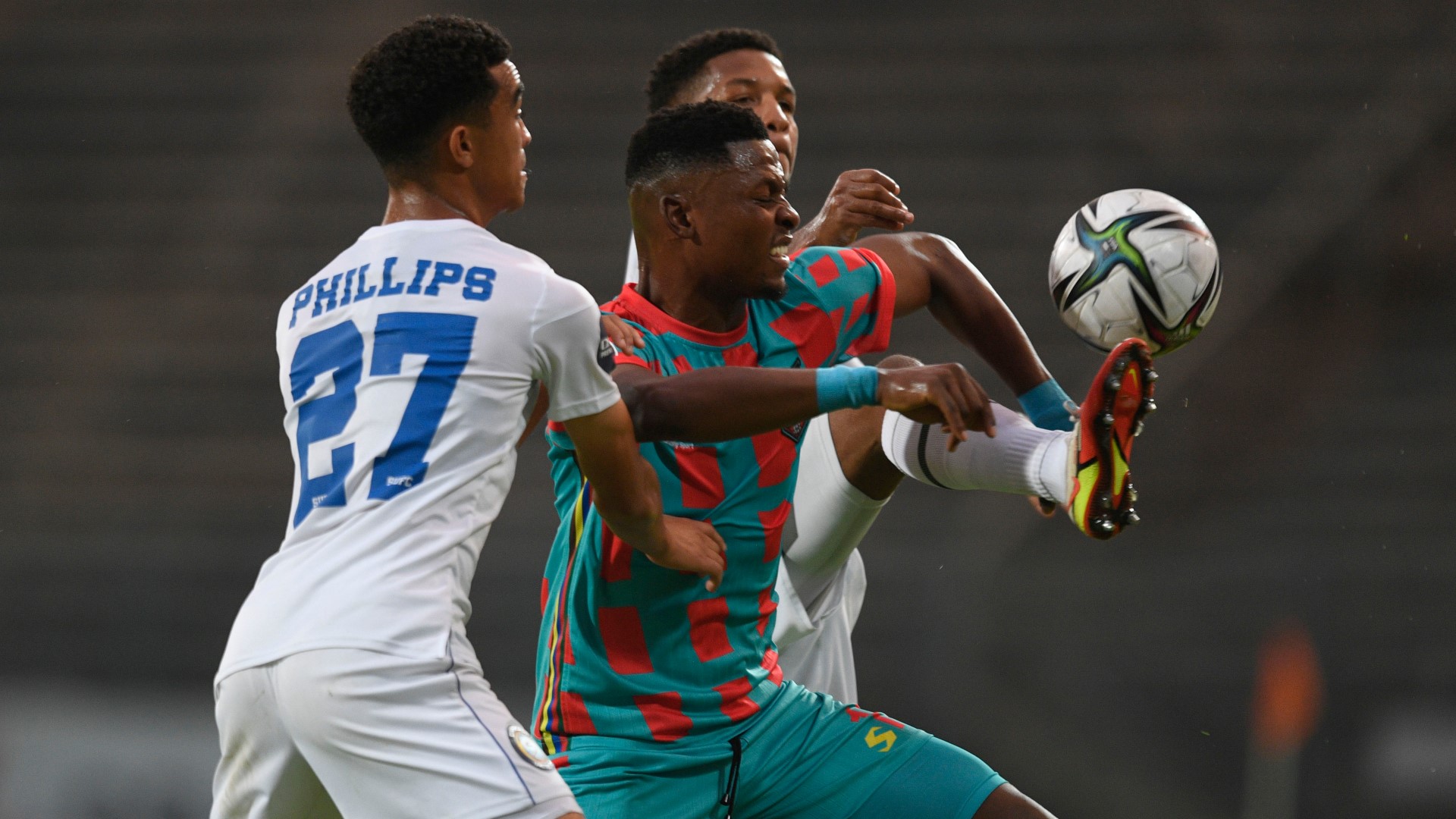 Galaxy fall to SuperSport in Atteridgeville

News 5th Nov 2021
SuperSport United came from a goal down to beat TS Galaxy 2-1 in a 2021/22 DStv Premiership match at Lucas Moripe Stadium on Friday evening.
Matsatsantsa fell behind just after the hour mark but bounced back with two goals in three minutes to claim all three points. Victory moved the club back up to third place on the league standings while the Rockets will go into the November international break in the relegation zone.
Chances were few and far between in the first half and in the 22nd minute the referee suspended the match for 10 minutes due to lightning in the Atteridgeville area.
The stoppage in play didn’t help the cause but finally Galaxy registered a shot in anger in the second minute of first half stoppage-time. Sihle Nduli’s rasping effort had the required power to find the back of the net, but instead, his shot flew straight into Ronwen Williams’ grateful arms.
Galaxy opened the scoring in the 63rd minute of the match. Mthobisi Mngomezulu timed his deep run to perfection to beat the offside trap imposed by SuperSport, and after controlling Marks Munyai’s ball over the defensive line, he finished with aplomb through Williams’ legs.
But the Rockets’ lead would be short-lived. The hosts were awarded a penalty soon after, after Thamsanqa Gabauza was adjudged to have been fouled by Igor Makitan inside the area. The towering forward duly dusted himself off and thumped to ball home in the 72nd minute of the match.
Three minutes later, SuperSport hit the front. Second half substitute Sipho Mbule showed great skill to lift the ball past Mngomezulu on the edge of the area before driving a low shot into the back of the net.
Galaxy tried to find a way back into the game but ultimately came up short.
SuperSport United (0) 2  (Gabuza pen. 72′ Mbule 75′)
TS Galaxy (0) 1 (Mngomezulu 63′)
SuperSport United: Williams; Bhasera (Mahachi 65′), Mkhwanazi, Nhlapo, Phillips, Webber (Rayners 67′), Mokoena, Manziba (Mbule 65′), Lungu, Gabuza, Grobler (Donn 85′)
TS Galaxy: Kolak; Seedat (Leon 85′), Makitan, Aubaas, Munyai, Nduli (Mbunjana 78′), Brooks, Nyama, Mbatha, Ndwandwe, Mngomezulu (Macuphu 85′).
Tags: Match ReportSupersport United v TS Galaxyshare: