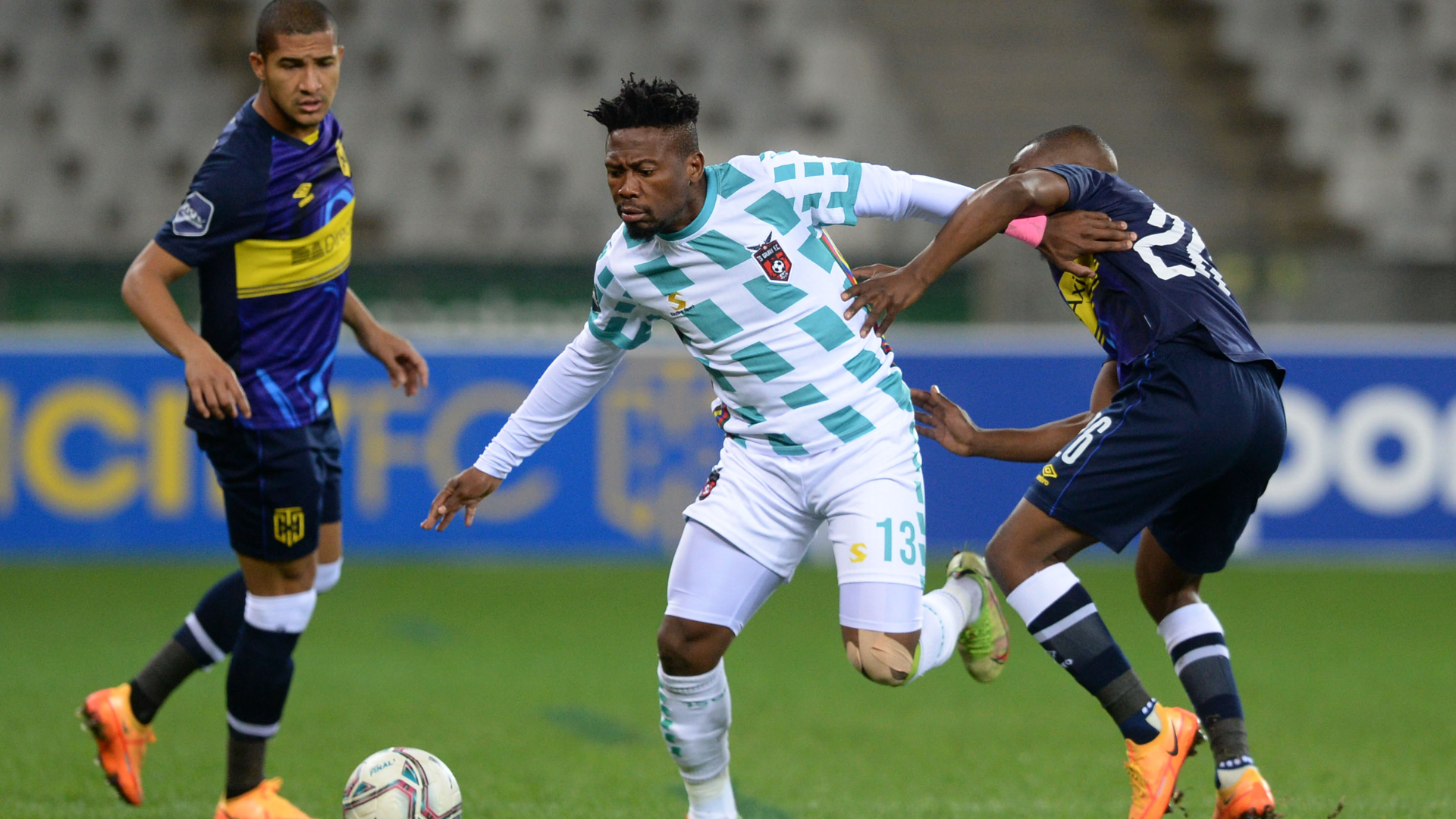 Galaxy dominate the game but succumbed to defeat in Cape Town

TS Galaxy FC succumbed to a 2-0 defeat at the expense of Cape Town City on Saturday at Cape Town Stadium.

The Rockets dominated the highly contested match but failed to turn their chances into goals.

The Citizens broke the deadlock as early as the 16th minute. Gonzalez Mendoza fired the Citizens to the lead with a scorcher.

There was nothing that Melusi Buthelezi could have done. He received the cross from the left and side and turned and shot. It was a well-executed volley.

Despite conceding early, the Rockets continued to pile pressure. Bathusi Aubaas almost snatched the equalizer in the 25th minute.

He made a clever run between the lines before showing great composure to control the ball and unleashed a powerful shot that was saved by Hugo Marques.

Five minutes later, Sphiwe Mahlangu also came close to leveling the matters. Lindokuhle Mbatha played a telling pass to the path of Mahlangu who did well to beat the offside trap and round off the keeper but unfortunately, he missed the target.

City went to the interval leading. Aubaas hit the upright in the 55th minute. The Citizens put the game to bed when Mduduzi Mdatsane converter a penalty in the 83rd minute.

Augustine Kwem who came off the bench was denied by Marques. He produced a spectacular save to keep the Rockets at bay. Aphelele Teto delivered an exquisite cross that met the powerful header of Kwem.

Galaxy is now 14th on the log with two games remaining. They will lock horns against Marumo Gallants at home on Saturday and wrap up the season in Port Elizabeth against Chippa United.