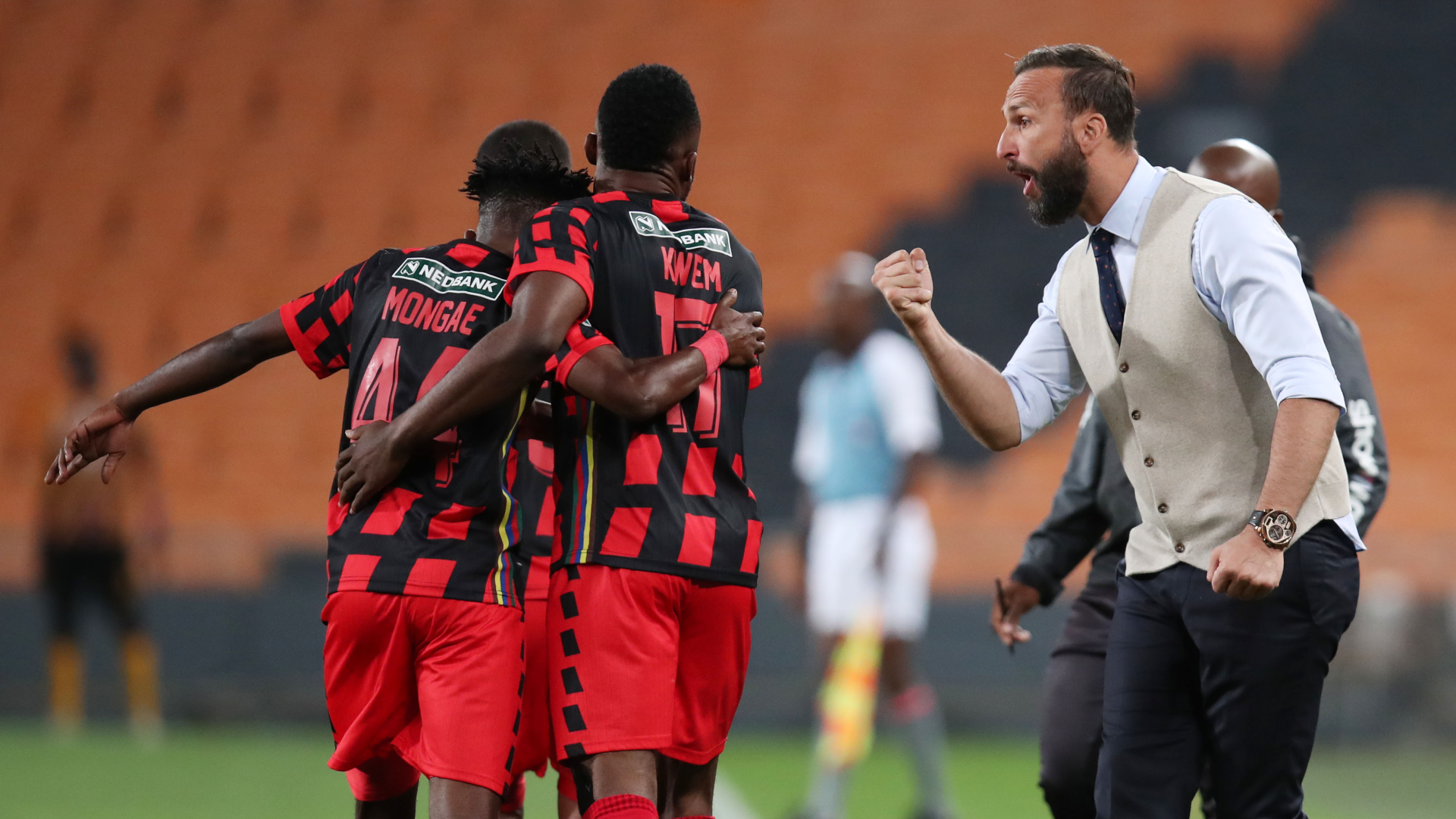 Galaxy bundles Chiefs out of the Nedbank Cup

TS Galaxy FC advanced to the last 16 of the Nedbank Cup after bundling Kaizer Chiefs out of Nedbank Cup at the iconic FNB Stadium.

Augustine Kwem notched up the winner for the Rockets in the 54th minute.

Galaxy dominated the first half and created better goalscoring opportunities but couldn’t find the opener.

Brandon Peterson made telling saves in the first half to deny Lindokuhle Mbatha and Lifa Hlongwane.

The Rockets continued to pile pressure on Amakhosi and persistence was the key.

Kwem finally broke the deadlock for Galaxy. It was his first goal since joining the Rockets.