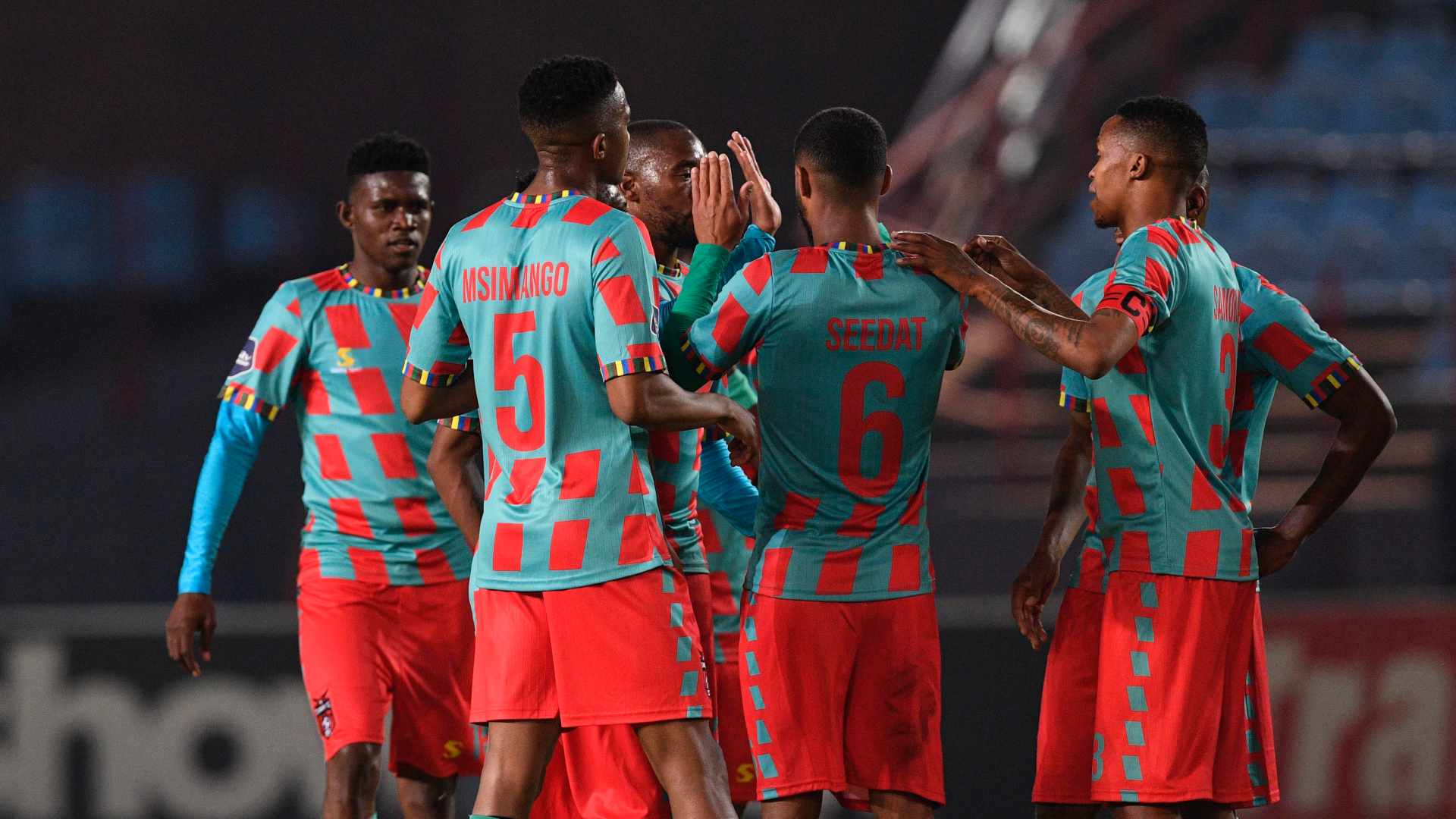 Galaxy brings Sundowns to earth in their territory

Lifa Hlongwane netted the winner in the 34th minute. It was a well-worked goal. The veteran midfielder, Lindokuhle Mbatha orchestrated the move from the transitional play.

He showed great vision releasing Bathusi Aubaas with an exquisite pass. Aubaas challenged the space in front of him because unleashing from distance. Ronwen Williams saved the attempted shot but the rebound fell to the path of Lifa Hlongwane who finished with aplomb from close range.

A few minutes later, Sibusiso Vilakazi could have doubled the lead for the Rockets but Williams was up for the task.

The young Aphelele Teto was causing havoc for Sundowns with his clever runs behind their defence.

Galaxy went to the interval leading. Defensively, they looked resolute. Melusi Buthelezi made two telling saves in the first half to keep the Rockets in the game.

It was the second successive clean sheets in a row in the new season. He also kept AmaZulu at bay.

Galaxy played with verve, tenacity, gallant, and finesse to earn their first victory against Sundowns in top-flight football.

The Mpumalanga-based side failed to get the better of the Brazilians in the past three meetings.

They also fired blanks in all those encounters. The Rockets managed the game well in the second half and frustrated Sundowns.

After two games, Galaxy has amassed four points. They will lock horns against SuperSport United on Sunday at the iconic Mbombela Stadium in what promises to be a mouthwatering encounter.

The kickoff is 5pm.
The game is live on SuperSport PSL (channel 202).
Tickets for the game are now on sale at Computicket for R50.
The VIP costs R200.