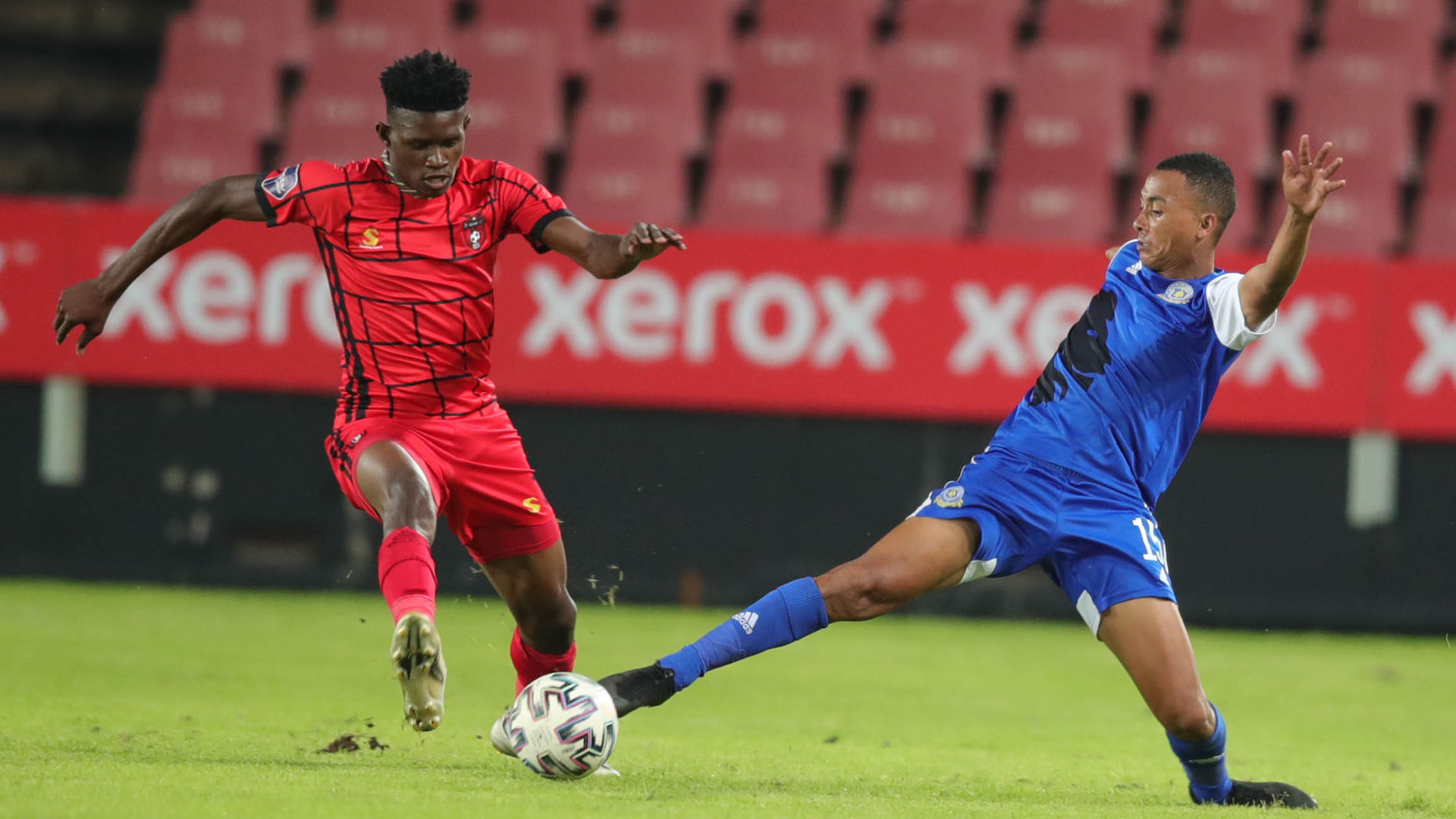 TS Galaxy suffered a 2-0 defeat at the hands of Tshakhuma Tshakhuma Madzivhandila in a DStv Premiership match played at Ellis Park Stadium in Johannesburg on Saturday evening.

The result confirms a hat-trick of league defeats for the Rockets and sees them remain in eighth place on the log, though nearest chasers Kaizer Chiefs are just two points behind and now have two games in hand.

Mxolisi Machupu should have put Galaxy ahead as early as the third minute, as he met a left-flank cross from Masilake Phohlongo but timed his header wrong and failed to hit the target from close range.

The home side’s Pogiso Sanoka was guilty of a very similar miss in the 26th minute, as he had a free header from Lindokuhle Mbatha’s free kick delivery, but put his effort wide of the mark from just a couple of metres out.

Tshakhuma struggled to put together attacking moves for the majority of the first half, though they began to enjoy some promising passing passages as the half-time interval approached and were rewarded with a goal in the 42nd minute.

A throw in down the line put Tokelo Rantie into space down the left flank and he pulled a low ball back to pick out Brandon Theron, who showed composure amongst several Galaxy defenders before scoring with a deflected shot which wrong-footed goalkeeper Wensten van der Linde.

The Rockets threatened an equaliser from the early minutes of the second stanza, with TTM needing Lehlohomolo Nonyane to make a heroic clearance from almost under his own goal line, while moments later Wayde Lakay hit the crossbar with a looping header from a corner kick.

Galaxy soon turned to their bench for inspiration, introducing Luckyboy Mokoena and Khayelihle Shozi just past the hour mark, while Tshakhuma sent on Miguel Timm midway through the second half to bring some added steel and industry to their engine room.

Yet it was another TTM substitute who had the next major say in the game, with Thabo Rakhale starting and finishing an attacking move from the left flank which put the visiting team 2-0 up in the 82nd minute and on course for three precious away points.

Galaxy thought they had pulled a goal back seven minutes later when Lekay provided an emphatic finish, but he was incorrectly flagged offside, while injury time saw the same player miss out from a penalty kick, as Arubi dived to his right to seal the win for Vhadau Vha Damani.