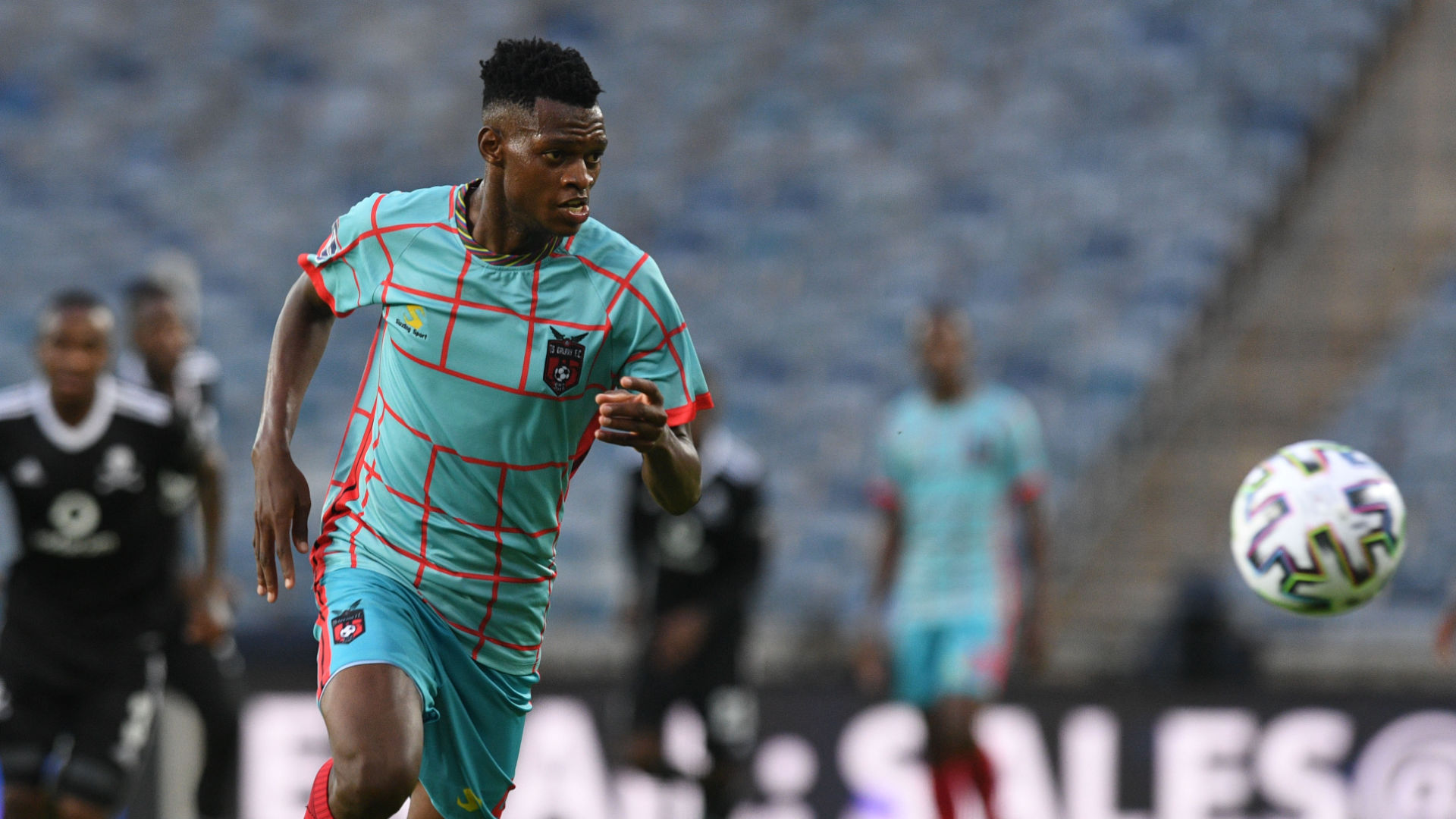 The 19-year-old defender has been instrumental for the Rockets at the back since making his debut last year against Stellenbosch FC at the iconic Mbombela Stadium.

Killer as he is affectionately known is on top of his game. The talented defender has made 10 appearances now for the Rockets.

At the age of 19, Mahlangu is the youngest central defender in the league.

Da Gama who nurtured some of Mzansi’s best talent in the past has made it clear that Mahlangu is a star in the making.

“I see a great star in Macbeth Mahlangu. This boy is matured at the age of 19. He is one of the best defenders I’ve ever worked with. I see big things coming for him. If you look at Bafana Bafana, they’ve got a very aging defensive team there,” Da Gama explained.

Mahlangu is expected to feature in tomorrow’s encounter against Bloemfontein Celtic in the DSTV Premiership at Mbombela Stadium at 3pm.

“If you look at the Under-23 team that must go to Tokyo, I see this boy going beyond Under-23. He is going to Bafana Bafana. He is a special talent. Two seasons ago when I said Peter Shalulile is the best striker in the country people laughed at me. There’s a lot of good talent at TS Galaxy but the two that stand out, for now, are Mahlangu and Tshegofatso Nyama. Nyama hasn’t featured much but he is a great talent. Even Khayelihle Shozi is another top talent. That’s why I’ve always said TS Galaxy is better than Highlands Park. The recruitment of players has been fantastic,” he added.

The momentum is with the Rockets. The club is unbeaten in the last four games in the league.

“This boy will go to Tokyo. There’s no doubt about that. When I was at Bafana we played Rivaldo Coetzee at the age of 17 and he went on to prove us right. People are not taking notice of Mahlangu because most of our games haven’t been on television.” Da Gama elaborated.