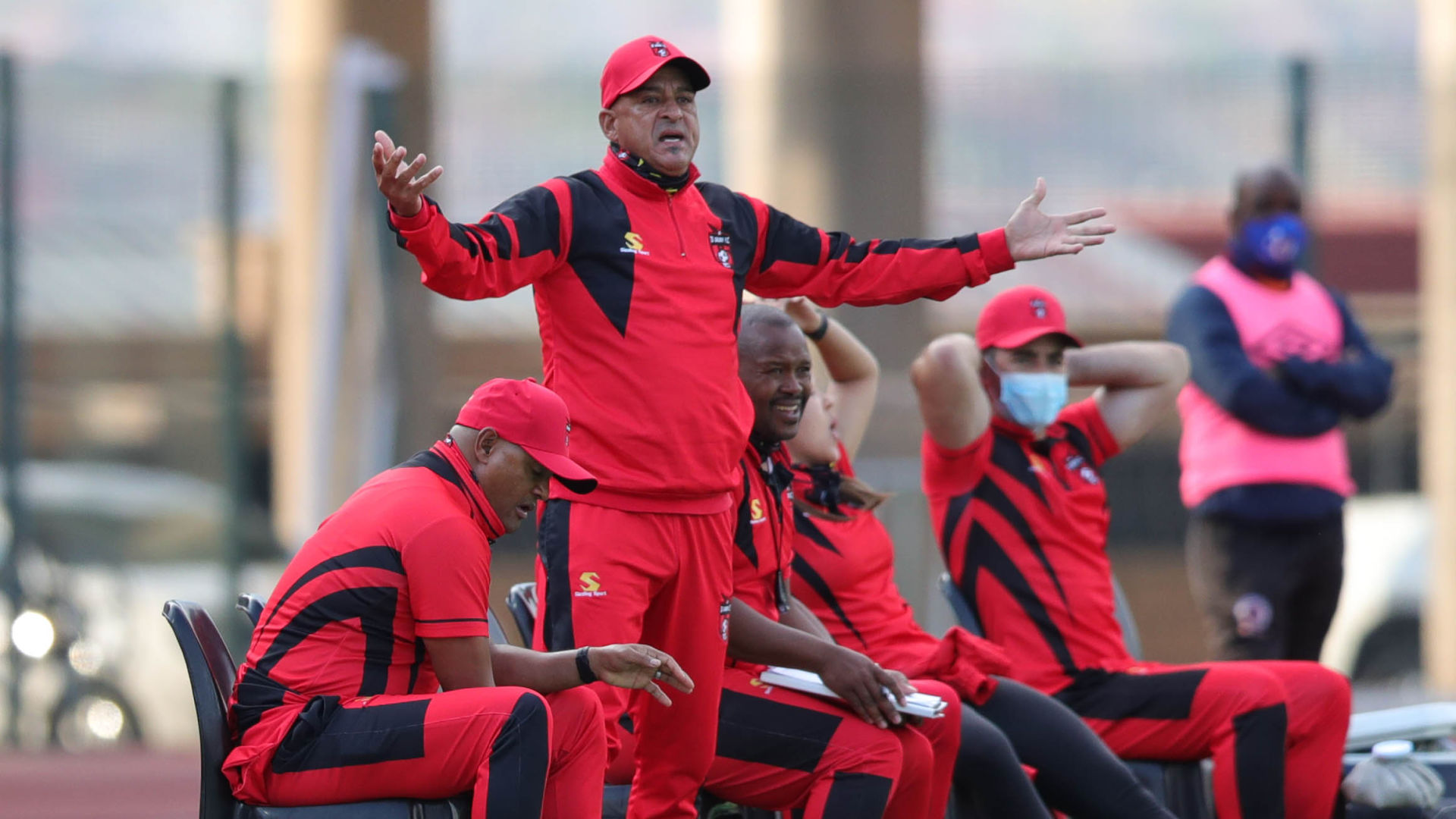 TS Galaxy has an opportunity to get back into the top eight tonight but the head coach at the club, Owen Da Gama, doesn’t want to think too far ahead of himself.

The Rockets are currently 9th on the log with 26 points after 22 league matches.

Maximum points today against AmaZulu at Jonsson Kings Park Stadium will steer the club back into the top eight.

The game is live on SuperSport Variety 3 and across all our social media platforms at 5pm.

Da Gama has made it clear though that the main priority is to cement the club’s DStv Premiership status.

“We are not worried about the top eight. As long as the team stays in the DStv Premiership. That’s the most important thing and then we can start afresh. Start a proper pre-season with the base. Do a lot of strengthening. Re-enforce wherever we feel we need to re-enforce,” Da Gama said after training yesterday at Durban North College, while addressing the media.

The Rockets are determined to turn things around having not won in their past three league matches.

“We are not happy obviously. We had 18 points in eight games. In my first game, the club was at the bottom of the log and we went to position number eight. We had to do drastic changes to get out of there. It is our first season in the elite league. We see the light at the end of the tunnel. We can get it right. Next season, this will be a better team.” Da Gama stated.