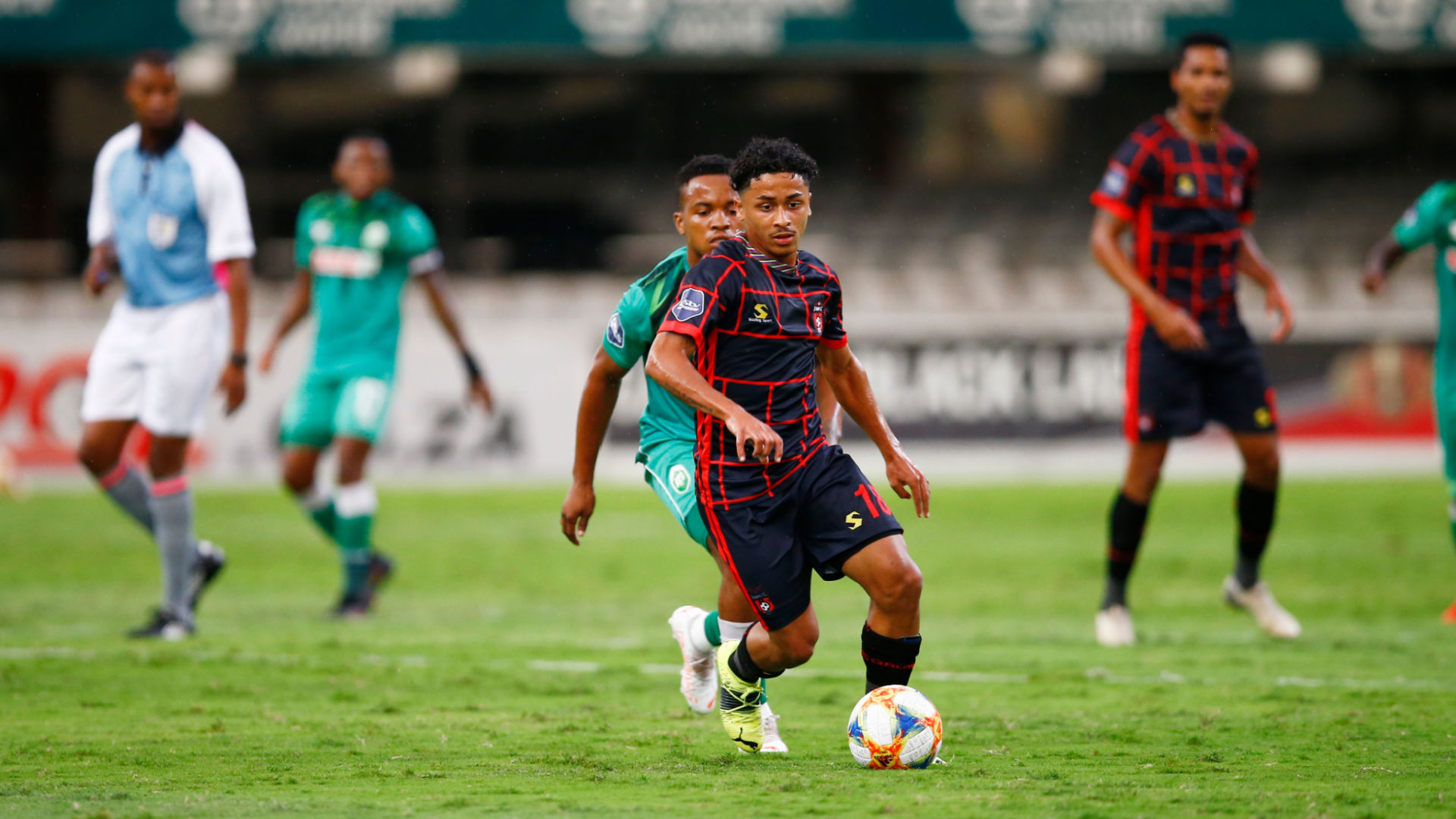 Brooks to strive for consistency against Baroka FC

TS Galaxy starlet Ethan Brooks was one of the shining lights for the Rockets this past weekend against AmaZulu at Jonsson Kings Park Stadium.

Brooks replaced the suspended Bathusi Aubaas and produced a vigilant display in the middle of the park for the Rockets.

The 18-year-old has set his sights on maintaining consistency.

“I’m happy with my performance against AmaZulu. Not an easy team to play against but as I said, I’m happy,” Brooks admitted.

The Under-20 international is expected to retain his place tomorrow when TS Galaxy square off against Baroka in the DStv Premiership clash at Peter Mokaba Stadium at 5pm.

“I want to continue where I left off against AmaZulu so that I can maintain my consistency,” he added.

The game is not on television but you can catch our live updates across all our social media platforms.

“They have won one and drawn two and they will be expecting to collect maximum points from us. It won’t be an easy game, but we are well prepared to fight for maximum points.” Brooks elaborated.